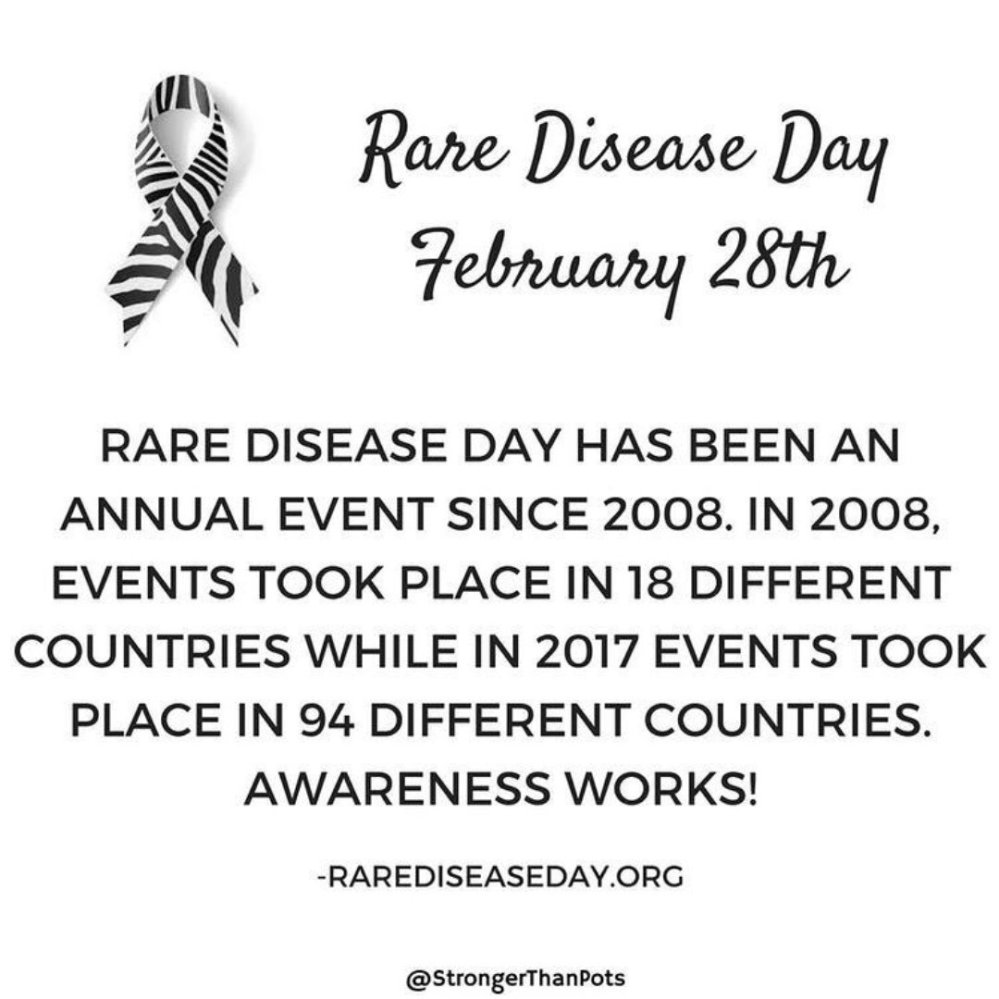 If a lack of awareness originates from the medical fraternity itself, how do we expect the general public to be acquainted with the effects of rare diseases?

Unfortunately, a sad reality is that a major part of the system has failed us. This I state not only from my own experiences but a Dr who understood the most of my case after 20 months of being shoved out & sneered at.

Dr: “Ok Khadeeja. Let’s be blunt & straight forward about this on a one to one: Truth be told, we as conventional drs have failed treating you with medication. In the province of Gauteng they’ve failed you diagnostically as well. Most are ignorant of the literature & principles.” 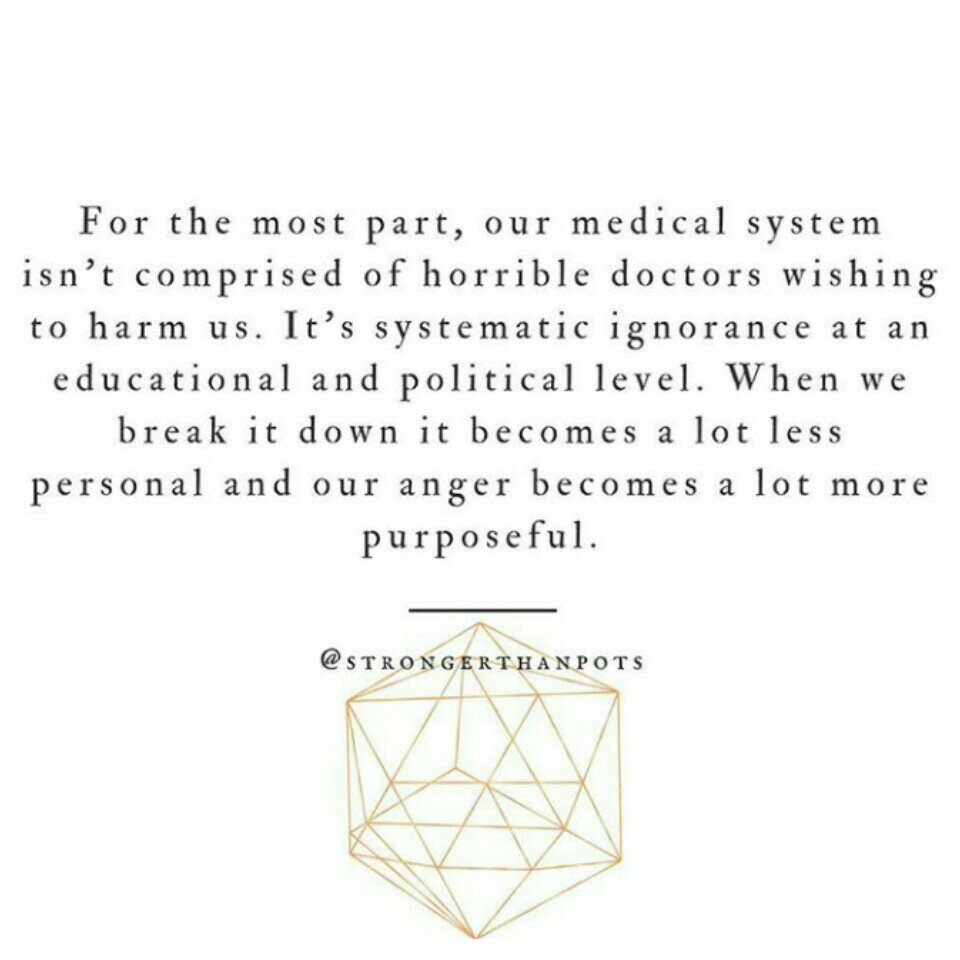 Lol I don’t expect anyone to answer but these are questions raised on many platforms?

Why are there so many “specialists” all around but not one who can deal with a complex case?

Why are patients developing more conditions such as anxiety or PTSD (Post Traumatic Stress Disorder) etc only after undergoing hospital & medical cruelty?

Dysautonomia itself is common but the branches which stem forth in various patient uniquely categorises it rare. Why is it that most of these types are left totally unrecognised let alone understood? 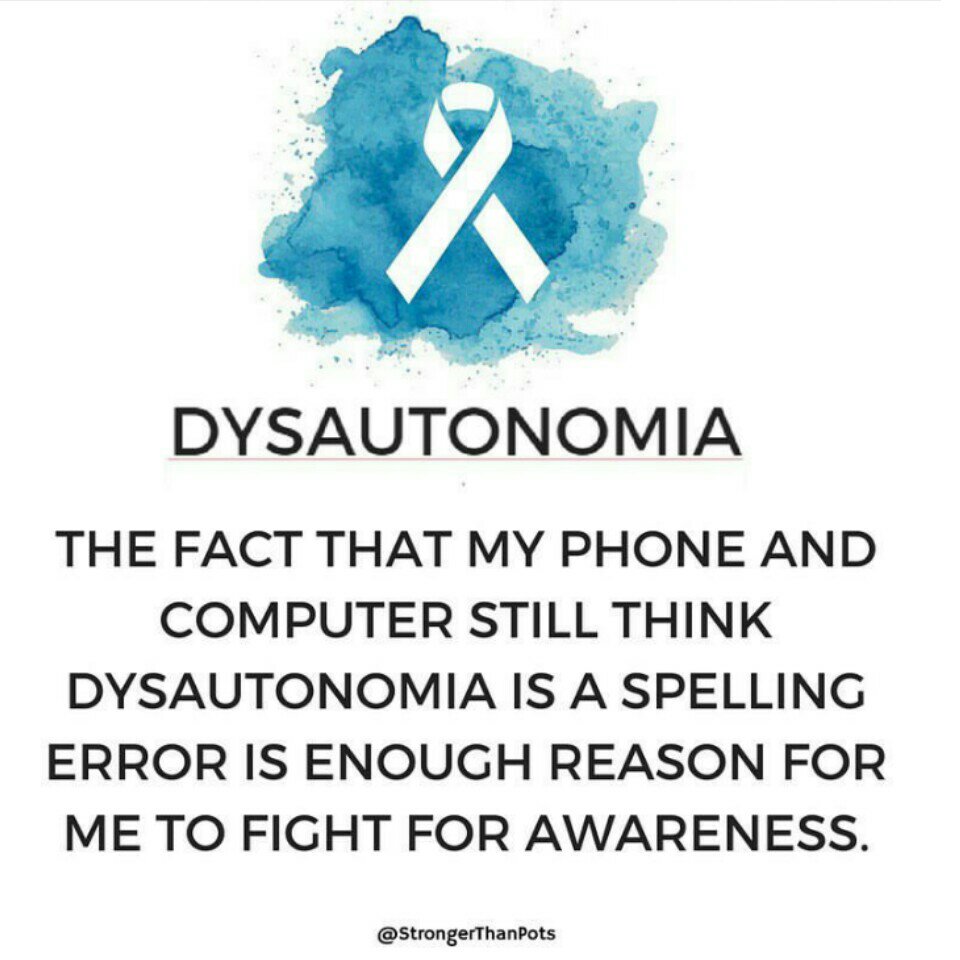 How is it that a condition known as POTS (Postural Orthostatic Tachycardia Syndrome) which also stems from Dysautonomia is common, yet rarely known? Some professor’s have never heard the word.

My Neurologist suspects this condition as well because I have most of the classical symptoms. (Will be discussed at a later stage)
For many years patients were told its anxiety.. After research was conducted, this condition was recognised in 1994.

Why is there a dire need to create awareness??? Need I yap on longer when most people reading or battling a chronic illness themselves understand?

As mentioned in chapter 2 a major part of the blog is focused on highlighting the importance for a change to be created.

To set a proper track record system for complex cases, there by assising correct patient management & treatment. In turn saving lives. (This will be elaborated further when completing hospital memoirs)

Conversion disorders are a topic of its own to be discussed. But the question is why are patients continously dismissed on a basis of falsely attributed anxiety whereas the actual condition exceeds far beyond?

One Dr actually admitted that a lot are found causing more harm to patients mentally, in certain cases physical damage & in worst case scenarios even death.

Having a Dr / a team of educated, experienced, equipped Drs wins 50% of the battle. Trust me! Having no proper team to rely back on when seeking urgent attention is grappling.

However it was through this path many lessons were taught. It was only this path which brought forth greater benefits from the most crumbled moments. Through the sharpest thorns, trees of roses are witnessed growing.

Below I’ve attached an eye – opening story of Jack with the heading titled:

[ DISMISSED DUE TO ANXIETY – KETOACIDOSIS REALITY ]

A “fit and healthy” teenager who was told by doctors that his severe stomach pains was constipation was found dead in his bed 24 hours later.

Jack Dunn, 17, was sent home from A&E at the Royal Glamorgan Hospital in South Wales with laxatives after a constipation scan.

The teen was told to get a good night’s sleep but the next day his father Keiron found him dead in bed at his home in Rhondda.

A post-mortem found that Jack died from a condition called ketoacidosis – an illness that causes build up of acidity in the blood.
Mr Dunn said his son could “barely walk” because of how much pain he was in.

He told The Mirror: “When Jack was finding it difficult to breathe the doctor thought it was probably anxiety because Jack was anxious about being in hospital.

“Finding my son dead in his bed was the worst moment of my life. I believe Jack would be alive today if a few more simple tests had been carried out.”

Whilst we believe his death was predestined to be in such a manner, it could never have been avoided…

This case also highlights the need for professionals to take us seriously.

Kindly click on this link to support “I recognize RDSA”
https://www.thunderclap.it/projects/68345-recognize-rare-diseases-in-sa

Looking back to a period of just over 2 years until now:

But, these hurdles will not render me to a finality!

I gaze at the vast, unending ocean

Mesmerized by the magnificent view,

I walk through its swashes admiring the blue

My mind plunges into it’s profundity

A Lord who is beautiful, loves beauty

How then can this transformation be void of foresight?

New goals can certainly be attained as long as we fight.

Over sand & rocks they are seen washing

Resembling the days of those with ailments termed chronically

Most periods are fought with a mighty personality

Others in between with a drained, weak battery

Either way we never stop persevering

The future is filled with ambiguity

However, i pray it concludes with victory!

“Surely in the creation of the skies & earth, & the alternation of day & night are signs for those of intelligence” 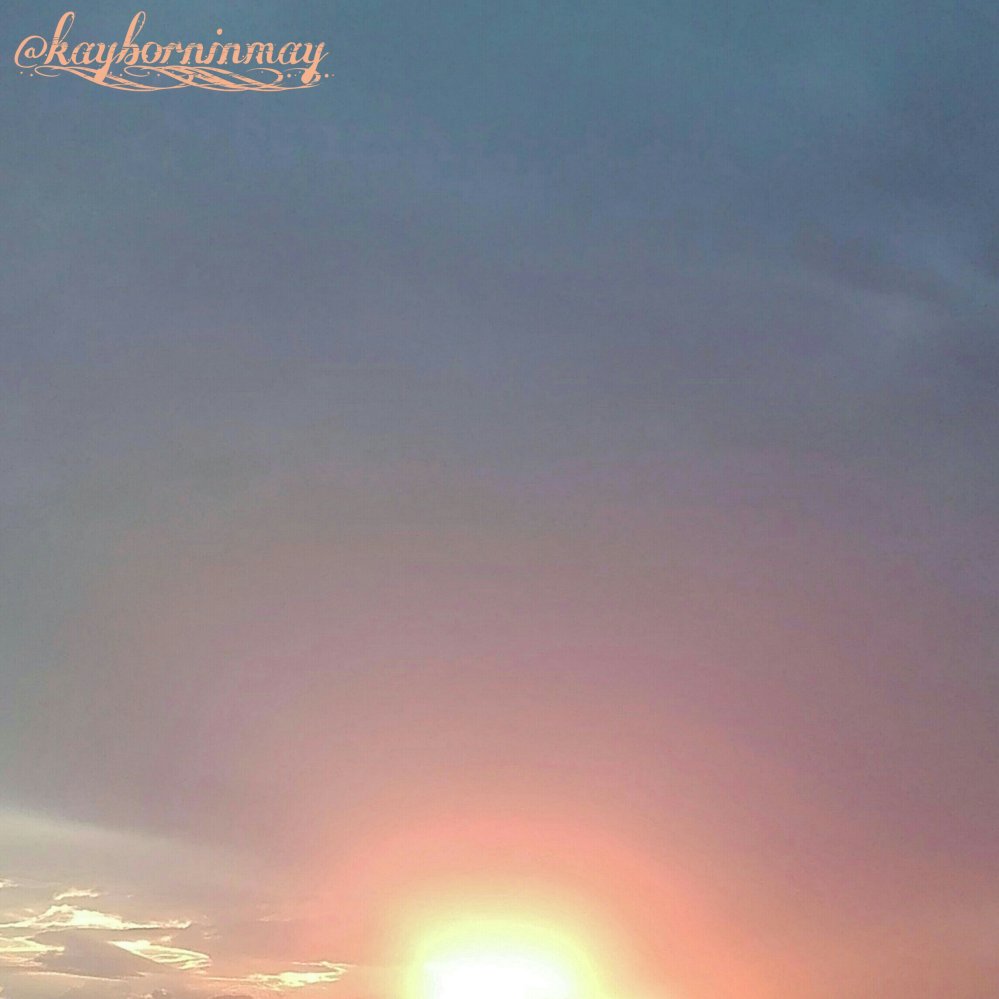 Likewise, it can also be recognized in the cycles of life seemingly dark 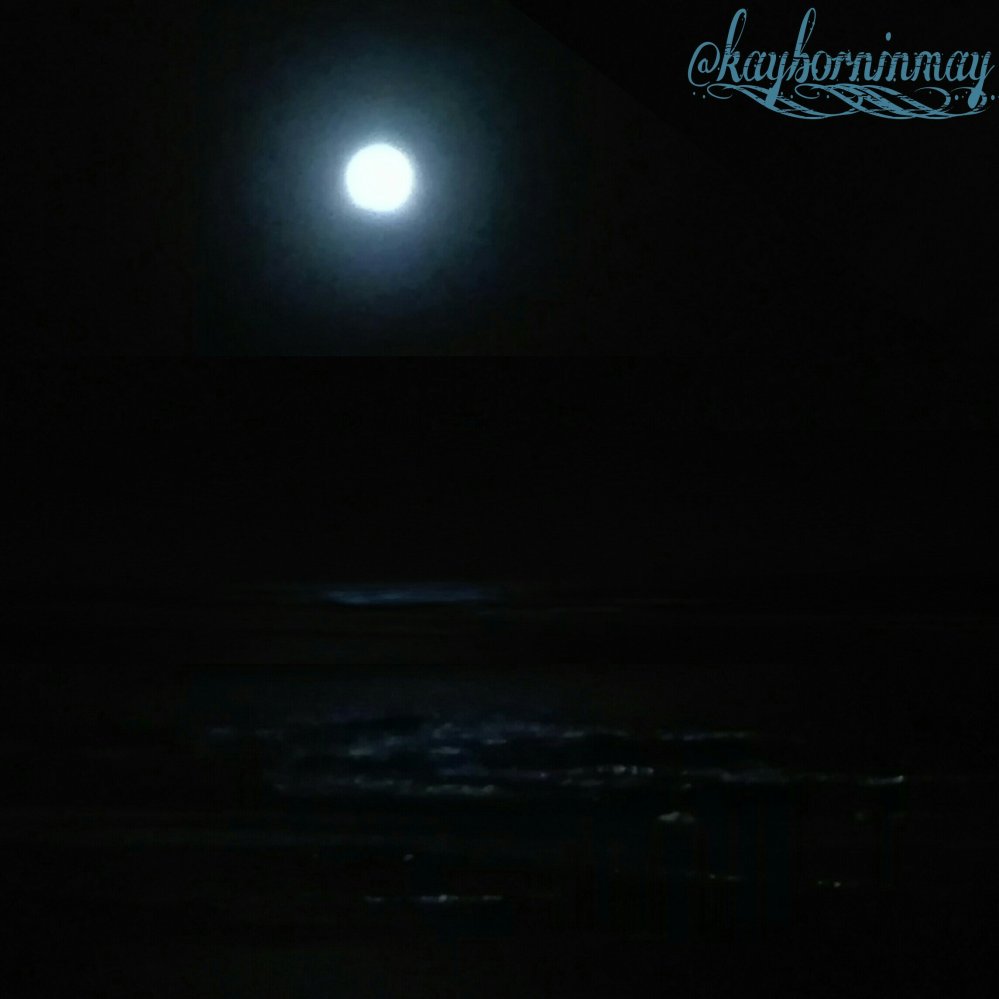 The stars have a luminance
And the moon has a radiance

When the horizon is enveloped in darkness, these 2 extend their beams over the earth allaying the human body with renewed hopes!

Darkness is bound to dissipate

Ease descends after a difficult fate

How about seeking & exploiting the light amid darkness

Instead of only waiting for darkness to pass?

Those are the rare treasures
Obtained in huge measures

Whether your disease is classified rare or not, know you are selected to be among humanities wonders