After discussing about sadness. Here’s a potent remedy to help!

There are a few medical personnel who aren’t a set team, but as individuals understand the reality of my diagnoses.

One such Dr who realised the extent of my cardiac condition advised me to never stop having “Talbinah”.

In chapter 10 I indicated towards Talbinah but forgot to explain for those abroad who wondered what is this “thing” lol. 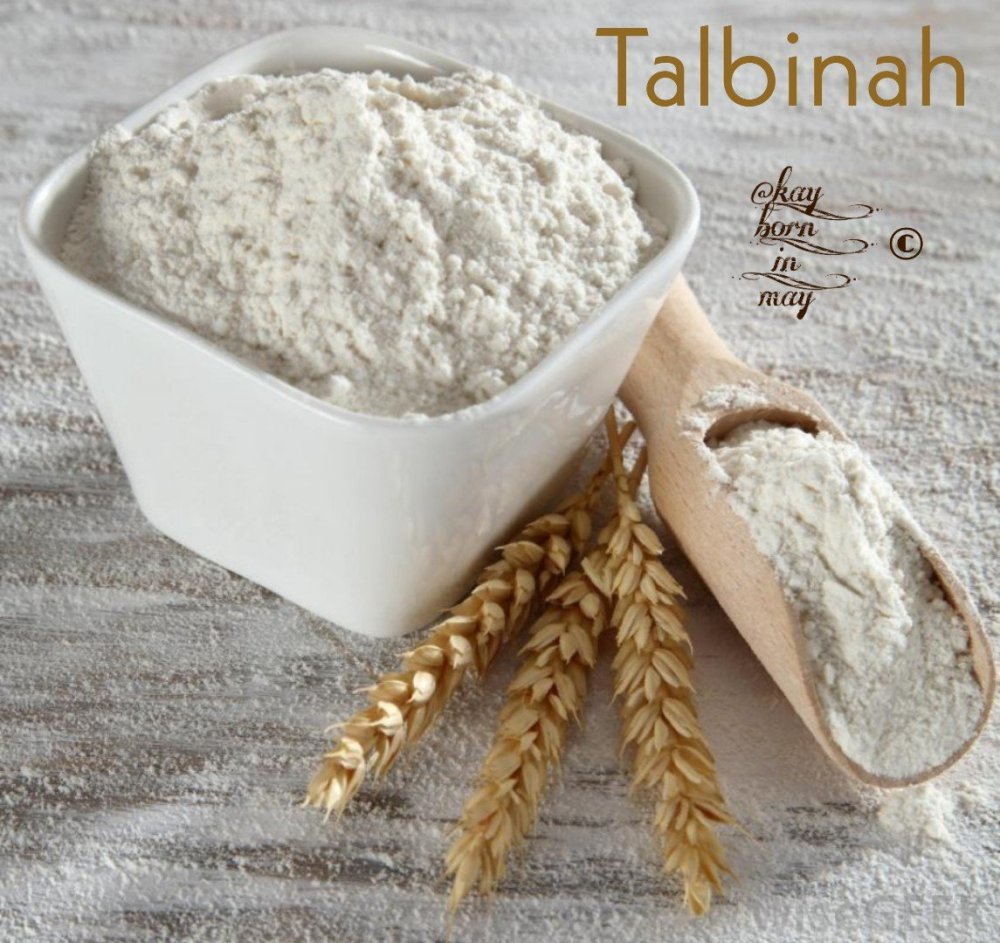 Is a broth made from barley flour or barley bran, to which honey and milk or water is added.

It is named Talbinah because it is like milk in whiteness and softness.

(Derived from the Arabic word “Laban” which means milk)

Talbinah soothes the heart of a sick person and takes away some forms of grief.

It is stated by Prophet Muhammad (peace and salutations be upon him):

“Talbinah removes the grief of the patients heart, removes its weakness as any of you removes the dirt from your face after washing it”.

A scholar has quoted the benefits of Talbinah and its effect on the body and digestive system as follows:

“If you wish to know about the benefits of talbinah, then you should understand the benefits of barley juice; especially when it is in the form of bran since it digests very quickly and provides a very light form of nourishment.

And when it is consumed while it is hot, then it digests even more easily and it increases the natural heat of the body”.

“The meaning of ‘heart‘ in the prophets quotation is the stomach itself, because the heart of a sad person becomes weak when dryness increases in his body parts specifically in his stomach due to the lack of nourishment.

The soup/porridge moistens, nourishes, and provides it strength. It also has a similar effect on the heart of a sick person.

However, the stomach of a sick person is often mixed with bile, mucus, or pus and this soup removes these substances from the stomach”.

🔹It dispels worry, grief and distress.

🙋‍♀️ I bear testimony to this.

🔹An antidepressant and relieves anxiety

🔹 Nutritious for the limbs.

🔹Softens and calms the colon and bowel system.

🔹Dietary fiber in barley is helpful in making your digestive system run smoothly and maintaining a healthy colon.

🔹Precribed to fight diseases of the spleen or poor digestion

🔹 Easy to digest and can be given to invalids.

🔹The insoluble fiber in barley is also said to help women fight against the formation of gallstones.

🔹Plays an immense roll in underdoing the harms of x-rays and carcinogens.

🔹Beneficial for the liver and gallbladder & kidney ailments.

🔹Has a high percentage of folic acid, which protects against most fetal abnormalities.

🔹Low in fat and is known to reduce craving some kinds for food and therefore very useful to those who want to lose weight. It acts as an appetite suppressant making people feel like they have eaten more than they really have.

🔹 Barley is high is soluble fiber and can reduce cholesterol and blood glucose levels.

🔹It helps in reducing the cholesterol level in the body as the dietary fiber in barley binds to bile acids and helps dispose them through the feces.

🔹 The Copper present in barley is known to be helpful in reducing the symptoms of rheumatoid arthritis. Copper helps in maintaining the flexibility in blood vessels, bones and joints.

🔹 Barley is rich in niacin, which is highly effective in reducing the risk of cardiovascular diseases and blood clots.

🔹Good for diabetes and can take the place of normal food where rice is prohibited.

It may be an even better breakfast choice than oats for persons with Type 2 diabetes. Consuming Barley is known to substantially reduce the risk of diabetes.

🔹 Can prove to be extremely helpful in curing childhood asthma.

🔹 Barley is diuretic, brings clear urine and is useful in fevers. It can be used as a nutrient in cases of mucus colitis or simple diarrhea with fever.

🔹 Barley contains Selenium which is helpful in preserving the elasticity of the skin and protects it from radical damage.

🔹It also has Manganese which works with the B complex vitamins and gives an overall feeling of well being.

🔹 Barley grass is used in traditional Chinese medicine. Rich in vitamins A, C, B1, B2, folic acid, B12, calcium, iron, potassium and chlorophyll.

🔹Barley grass is a powerful antioxidant that is believed to help the body kill cancer cells and overcome a variety of ailments, including acne and ulcers.

🔸Barley could either be purchased from the market or your local spice store.

🔸It’s grounded into powder, or the grains itself can be boiled in a pot or pressure cooler according to the amount required – how many people/ servings per week.

🔸Boiled barley stores in the fridge for about a week.

🔸It can be cooked on the stove in porridge form or liquidized into a shake.

🔸 I’ve been having this one from Al Munawwarah products since recent and its delicious!!!

🔸The amount of powder or barley grains will be estimated more or less depending on the consistency preferred.

📝 The original standard recipe states it should be made on low heat, stirred for 15 minutes in water and a tablespoon of honey should be added.

Alternatively I have it as a hot drink with milk or water. Sometimes both mixed, depending on my level of Gastroparesis nausea. I add a pinch of cardomom or vanilla powder, grinded almonds & half or one Ajwaa date.

🔸Basically you can experiment by substituting, adding or subtracting ingredients.

🔸A plain tasty soup can also be made with boiled barley and is most appropriate when ill.

Hope you attain great benefit from this incredible recipe as I do. Talbinah is my go-to for physical and emotional strength. Don’t we all need that when swimming 24/7 with chronic illnesses?!

Moreso with Gastroparesis – (explained in chapter 10).

Being very limited with food and meal replacement options, I gain most of my nourishment from it. The days I don’t drink it there is a noticeable lack of vigor.

🔸On a general note, it keeps me extra cheerful 😂😊