A break in sequence.

This post came about totally unplanned. I was working on part 2 of underestimated grit, but last night I got caught into an unfamiliar cardiopulmonary episode which was preceded by a forewarning undertow.

Before I give you a glimpse into recent happenings & the undertow being referred to in this post, let me introduce you to my latest ally who is very faithful! Accompanies me all the time, wherever I go and in everything I do.. Lol

A companion by the of name is bronchospasm

Prescribed by my pharmacist of course 👇

As the movement of airflow obstructs further and the wheezing or screeching becomes muted, it becomes the sign of a “silent chest” which some mistake as improvement of the attack. However, if prompt action is not taken, it can be a killer – an impending sign of respiratory failure.

All these attacks, be it Coronary Artery Spasms – angina or bronchospasms etc, range from mild to moderate or dangerous.. With bronchospasms sometimes I choke and go blue, then we know I’m entering a danger zone.

Anyways, I’ve added the above as an introduction for you to understand the poem below.

Kindly take note: All information was provided by my good old, trustworthy, loyal pharmacist and senior paramedic from whom I seek advice when facing a dilemma. Not Dr google!

It just clicked now after this episode that the medic also advised me to request for a medication called albuterol which I’d forgotten about.

The extract below was sent when a GP recently mentioned I have “decreased lower breath sounds.” So when I inquired what diminished breath sounds meant???

The following explanation was given, which fitted in conjuction to the “new” but now old symptoms I’ve been experiencing over 3 months.

In many previous chapters I’ve elaborated extensively regarding breath sounds so not delving into any extra detail, besides this part which I haven’t yet mentioned on the blog. Incase my sources of info are doubted, here is clear proof of the messages 👅 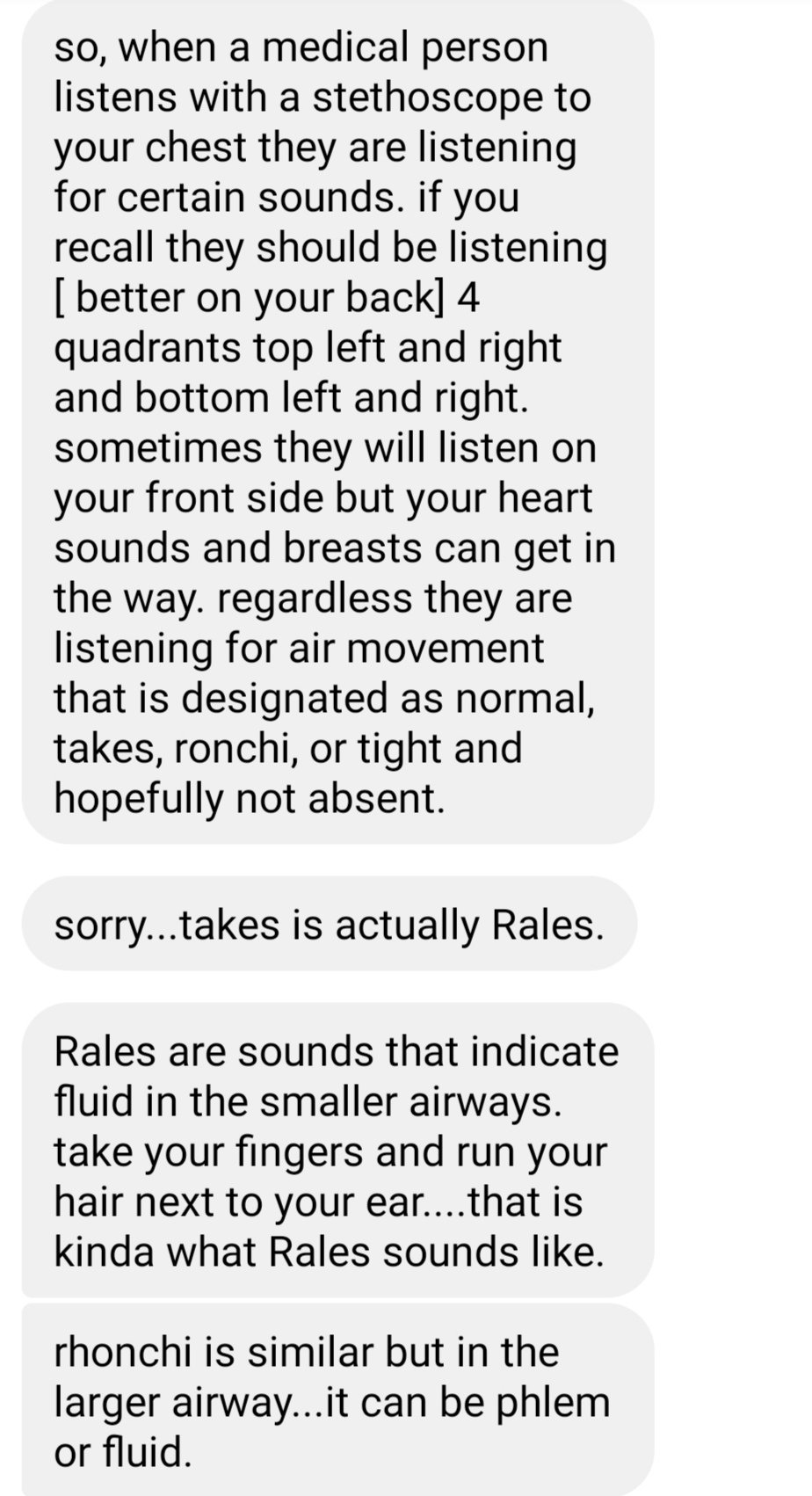 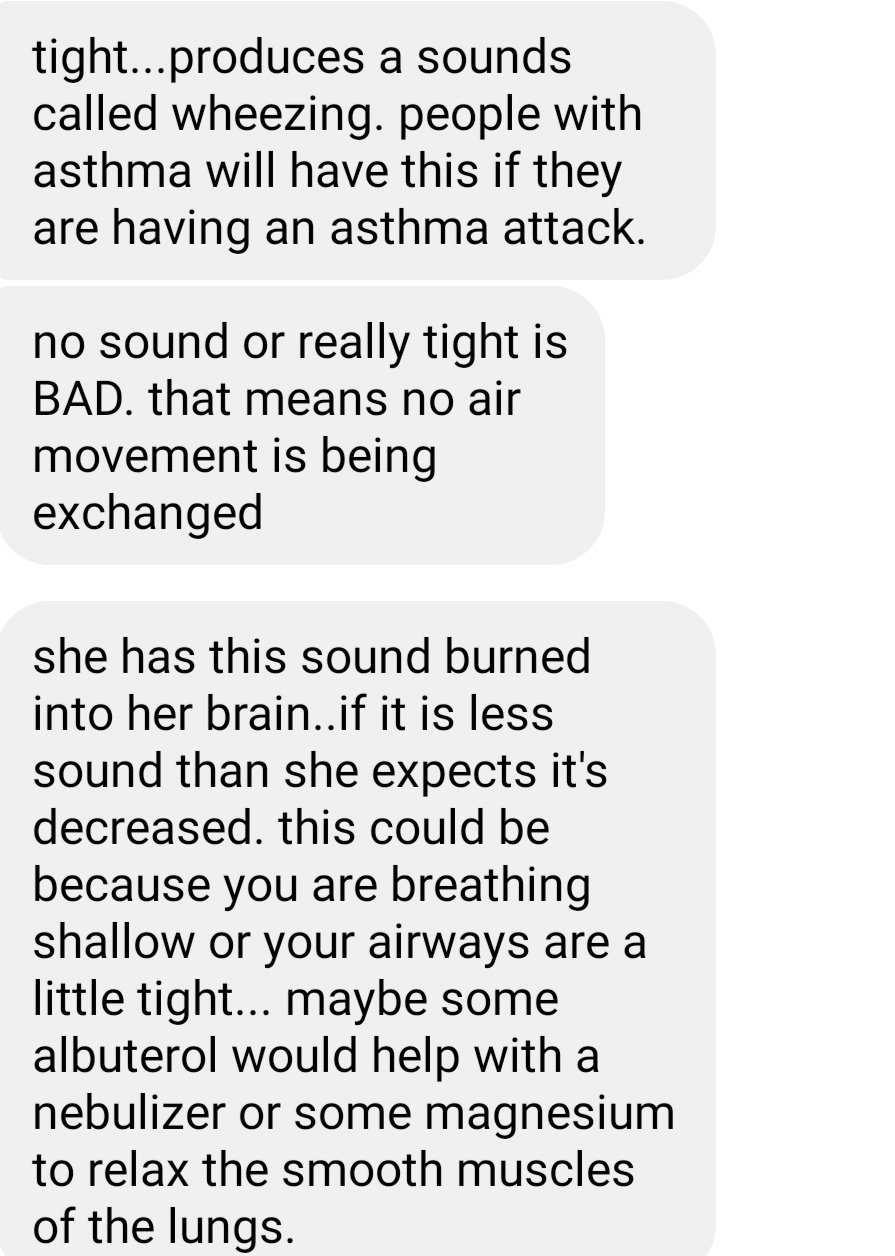 My eyelids were heavy as if a ton of bricks weighed down upon them, but thoughts were flooding in as my heart wrestled. So once the haze settled, I tried to make sense of the indications and multitude of new vs old symptoms that increased day by day prior to the sudden chest pain accompanied by a bronchospasm attack and thick, bubbly, dark brown sputum / fluid..

Blood first trickled at a slow pace, and then splattered onto paper in large amounts as the assault intensified and the wound became bigger…

When every airway tightens and constricts

Yet scarce are the ones who fathom

As my heart constantly beats erratic

Not because I am anxious or frantic

When the respiratory system enters a danger zone and shuts down

Amidst these happenings, their words begin to haunt…

Is it ignorance, illiteracy, disinterest, or a blatant taunt?

How dare, when apparent as daylight the symptoms appear

When chest pain siezes me in its grip

Or my body is suddenly about to flip

Everything around becomes indistinct

My eyelids can barely flutter or blink

Overpowered by a dense haze

I drift into a momentary daze…

Deep within, I know something major is occurring inside

Being human, sometimes the ambiguity can drive me a little insane

The most compassionate being who transforms my pain into a rhyme

Oh my lord! When I am overtaken by confusion

Help me to ride on, with reliance in your vision

A letter to myself…

Remember he is with you wherever you are

Keep going, for the light may not be too far

Time will soon tell, so cling onto hope

And know! You have it in you to cope

When the seas bring forth a rough and daunting tide

Be gentle on yourself and handle matters in your stride...

Unless urgent I don’t attend to messages while writing because it interrupts my flow of thoughts. But while writing these feelings and passing it onto you my dutiful audience, a notification popped up from a soul sister and I had to open it immediately…

Stunned beyond comprehension, I gaped in disbelief at the befitting image

Realization dawned, she was a means of conveying His special message 👇

A comprehensive answer to the questions which tormented my fatigued state

An assurance of supreme greatness in every doing, so with keenness I await

Because she knew naught, regarding the episode that just transpired

But a feeling persisted, it should be sent – exactly as the Almighty desired...

When our souls are ladened and overwhelmed with grief

Only the giver of peace can restore comfort and relief

Glorified is the everlasting being, who reigns the matters of earth and heavens

Free of error and in accordance to his sovereignty, we witness all that happens

How fortunate and prosperous are the chosen who pause to reflect 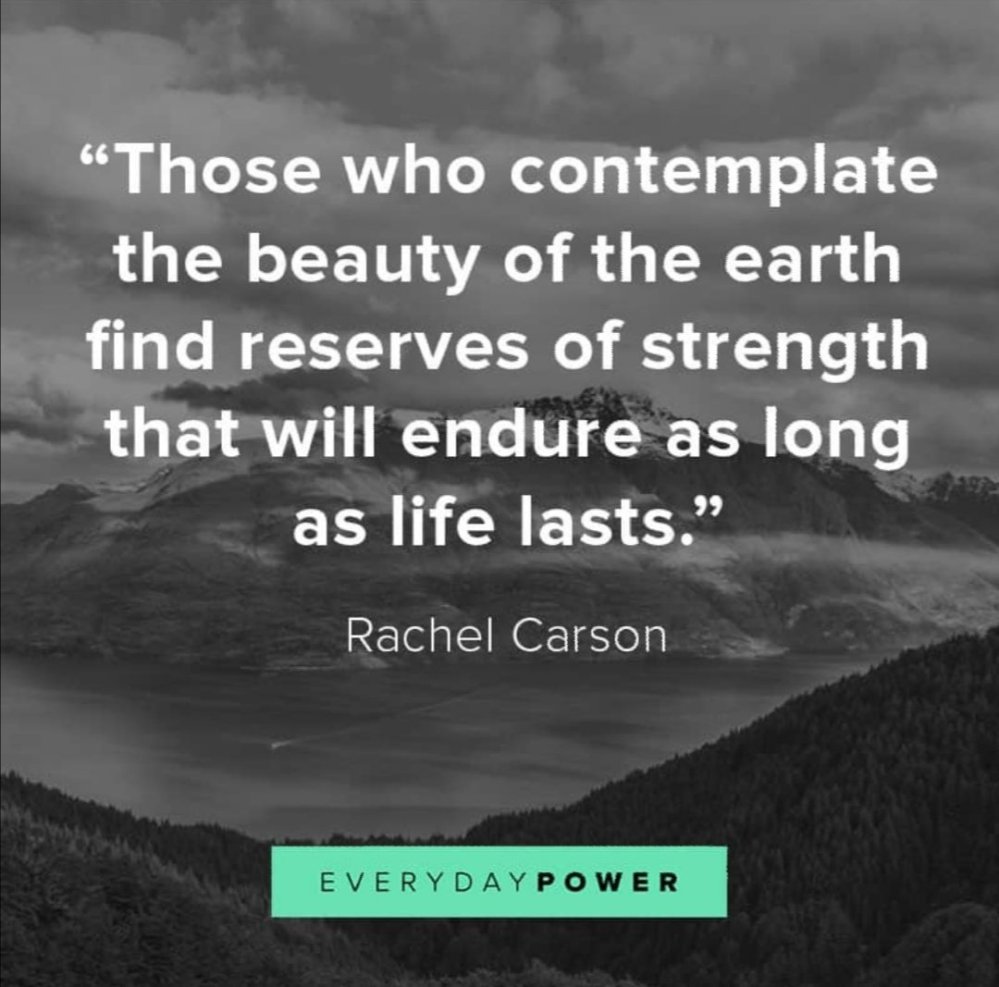 It is possible to find wonders in life’s mysteries…

Keep on searching as you’re swimming. If tiredness drags you down, pause. But never stop. Resume once you are recharged 💎 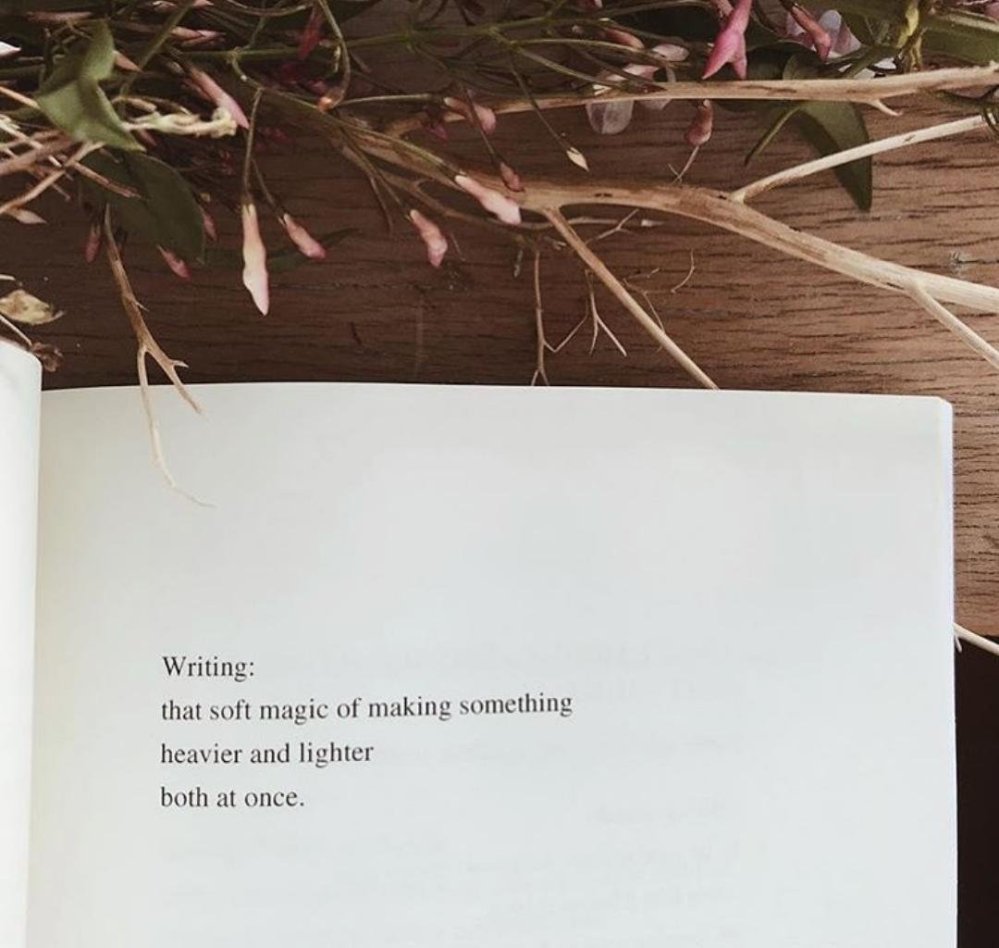