You probably didn’t know it existed..

You might have heard of it, but struggled to pronounce the term let alone figure out how to live with the condition..

You did not understand the significance of spreading awareness and the ripple effect it creates in generate a transformation..

Neither did I, until 4 years ago when everything changed…

Until I reached a point where I was severely malnourished and dehydrated, because a specialist physician was unaware; a growth / obstruction / stricture of the osophageous, are not the only reasons for your digestive process to become dysfunctional

Until no further reasoning could be made

Until our pleas for basic nutrition fell on obstinate ears

Until our advocation was met with total disbelief

Until I decided it was time to move on! To step away from a physician who refused to refer me to a neurologist, or evaluate the function of my vagus nerve

I was adamant on finding a way somehow, to prevent my body from killing itself

Because if the people who were aassigned a position on oath to supposedly assist me, could not offer any, I would not sit back and waste away.

Help from above steered me onto social media where I desperately hunted for information from support group members. Thereafter, it was mentioned…

“Get checked for such and such a condition which is a comorbidity of autonomic dysfunction. You have all the classical symptoms of….”

A diagnosis which was literally and metaphorically difficult to swallow, digest and process. 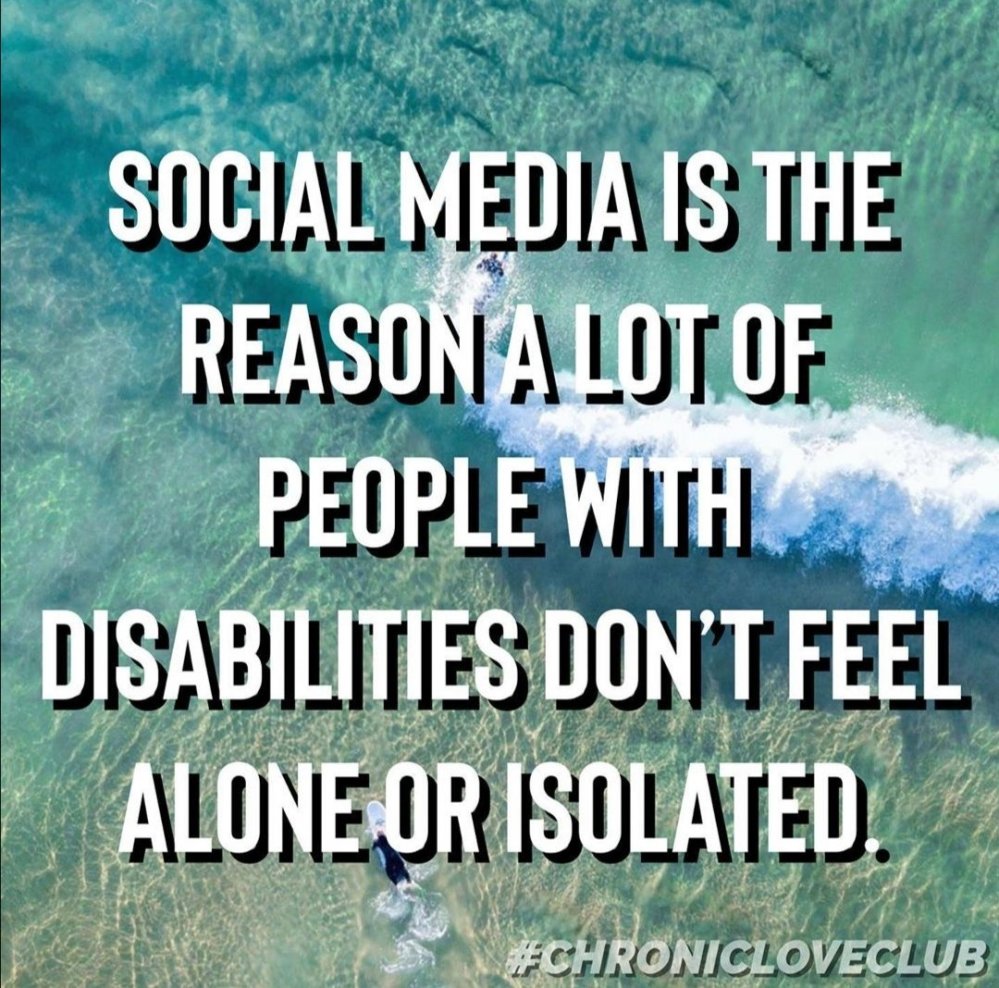 After 11 months of being spun in circles, one medical professional finally understood the truth of the matter, and confirmed group members suspicions raised, by interpreting the symptoms associated to the results of a particular test…

“It is clear that you have a condition titled

Gastroparesis affects the normal spontaneous movement of the muscles (motility) in your stomach. Ordinarily, strong muscular contractions propel food through your digestive tract. But if you have gastroparesis, your stomach’s motility is slowed down or doesn’t work at all, preventing your stomach from emptying properly.

It’s not always clear what leads to Gastroparesis and when the cause is unknown it’s termed as idiopathic. But in many cases, gastroparesis is caused by damage to the longest nerve in your body known as the vagus, which controls autonomic (internal organ) function including the stomach muscles.

There are different factors that contribute towards damage of the vagus nerve but I’ll publish those in the next post of facts. If readers would like to know more information, please feel free to contact me as well.

Is a condition which causes many complications such as:

🍃 When bacteria or infection occurs, it brings about further complications by spilling over into the blood stream, causing sepsis.

🍃 Dying as a result of being malnourished / “starved” because the seriousness of GP is not considered. If some Dr’s cannot recognize and understand this condition, you cannot gain access to necessary forms of substitional nutrition & sources for survival.

🍃 Or secondary, due to potentially fatal risks attached to the final options of life saving avenues – such as being fed via a central line (in your heart) known as TPN – Total Parenteral Nutrition. When all options are unsuccessful & have depleted, this is the last resort

🍃 I hereby cite some examples for you to understand the gravity of the matter. In our community 4 particular cases stand out:

1) A teenage girl who had to fight her way through a mass of Dr’s who didn’t “get” Gastroparesis. Some had the facts skewed, and stated the primary cause of her GP as controversial, when in actual fact, it is real and genetic.

After being dehydrated and malnourished for weeks in sequence because nothing stayed down, not even medication! After vomiting for nights upon nights, the light finally dawned!

Referrals after referrals, circumstances improved with an experienced Dr. She now has an NJ tube which is allowing her to gain back parts of her life and enter into school once again.. But obviously it’s not free from harsh effects such as nose bleeds from the pipe being inserted via the nose down the throat, into the stomach etc… 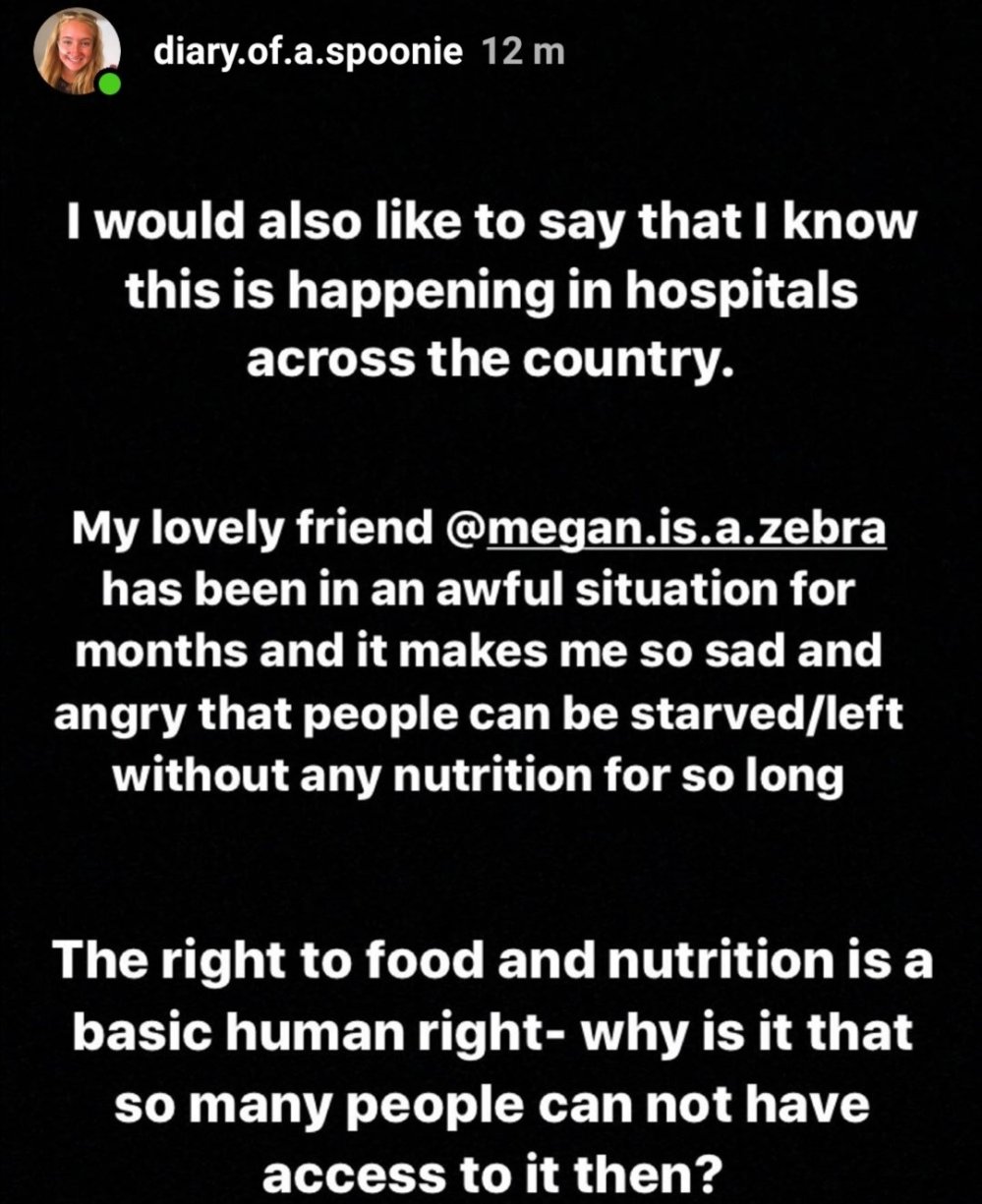 2) Another young girl who’s had repeated bouts of sepsis. Her picc – peripherally inserted central catheter – (lifeline) and colon had to be removed. Now she doesn’t have many access points for a central line due to complications.

3) If readers recall Damarius from

Her intestines are moving at a slower pace and medication is not working effectively, yet she remains hopeful all will work out, and excells at living a life.

4) The final case I present, is a young mom who is 30 years of age, on TPN & has little twin kids. But the battle she underwent to finally recieve this source of survival is a lengthy, gruesome one. Recently, her suppliers for TPN were not providing the correct prescriptions, then failed to deliver any at all. Which left her without dire nutrition for days..

Is a plight of “having” food (in your home), yet barely having much / no food.

Is a plight of fighting for basic nutrition, let alone extra enjoyments, such as dessert & the endless list of delicacies..

Is a plight of eating just one croissant or piece of chicken to fuel the intensity of the war. Twisting intestinal spasms will hinder movement and you’ll be left crouching on the floor as if your entire stomach is being ripped out 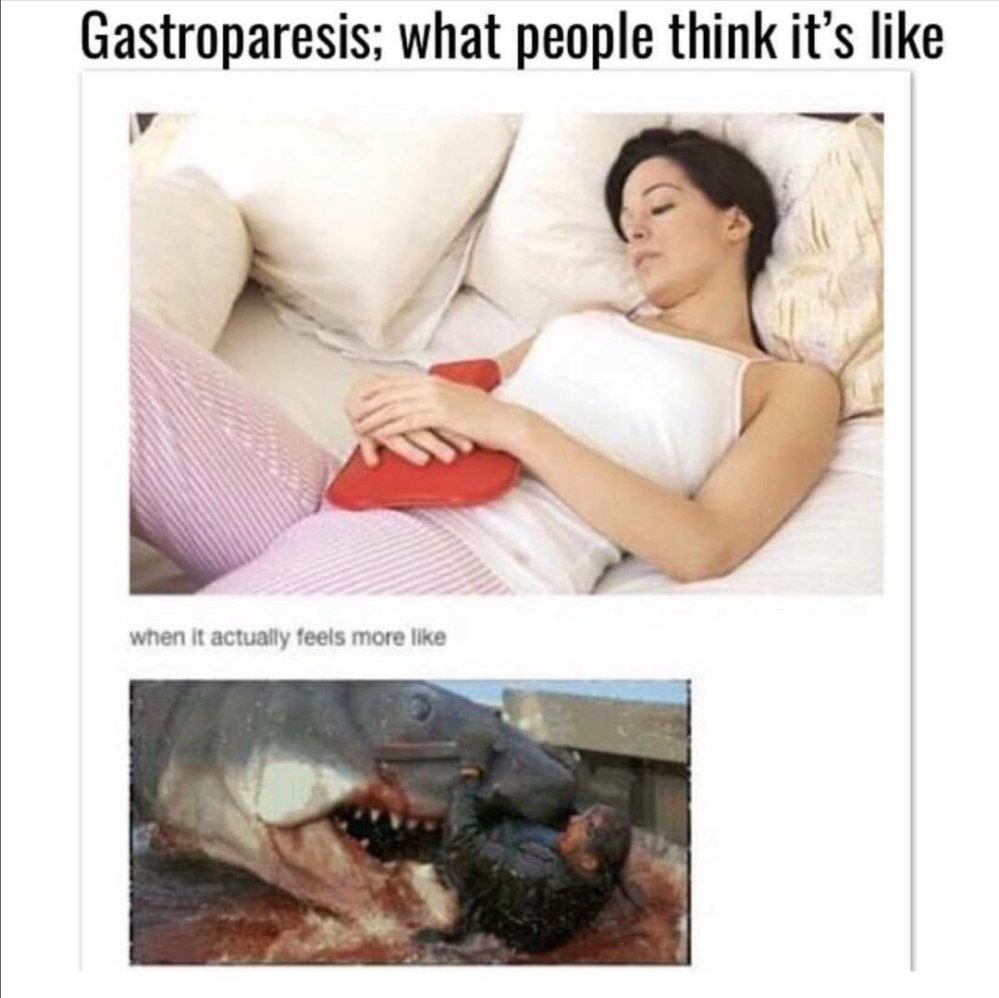 Is a plight where most of us admit to cheating and giving in to cravings, but then suffer and rebuke ourselves for doing so, when retaliation sets in.

Is a plight of slow gastric moving and emptying. Medication keeps me full. Some have to be taken on an empty stomach, so I have to wait a while to digest it first before battling to get actual food down. By that time it’s almost late noon or almost evening. Sometimes the main digestive medication itself makes me terribly nauseous even though, its not conventional 🤢🤮

Is a plight where anything food related triggers nausea, but you gotta put something down nonetheless.

Life for us doesn’t center or rotate around scrumptious meals.

Occasions where the main concept is to tantalize your tastebuds, weigh no enjoyment and importance.

Personally, I also unfollowed every cooking page and left all groups involving culinary skill and cuisine, to spare myself any extra torture or dampening of the spirit.

Some fighters have intermittent grieving periods. Because it’s a loss. It may not be loss in the form of a loved ones demise, but it’s the loss of a uneasy reality that you may never be able to eat food again and your lifespan will most likely be shorter than expected.

But ultimately, our time on earth is enriched because we strive harder to achieve the best we can. We learn it’s not about counting the amount of years which you live, but rather the level of life in your years. Irrespective of the amount.

All worldly entities are short-lived and one day, they will eventually perish

And verily, your lord will give you (all good) so that you shall be well-pleased

When I grapple to deal with the challenges of gastroparesis or a family member raves about their delicious food (not realising it can be hurtful occasionally), consolement is derived from these soothing words which serve as soul food and grant me complete satisfaction

“Eat and drink comfortably and at ease, for that which you missed in the past days”

Have hope in Al-Kareem; one who is All-bountiful and most generous

Will reward you with succulent foods in a setting unimaginably sumptuous

Streams of uncontaminated water that will not become stagnant

Streams of milk with a taste that will not become repugnant

Foretold, to offer only a glimpse of the paradise wherein you will dine 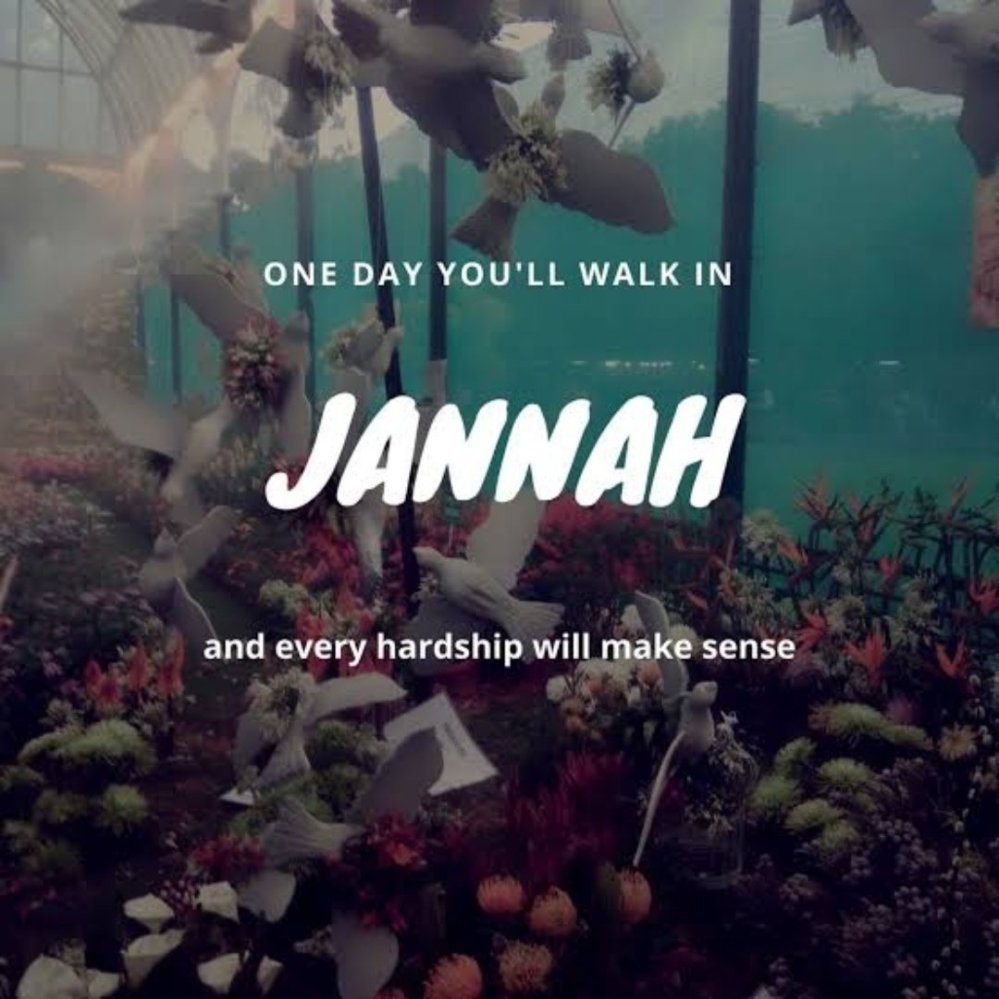 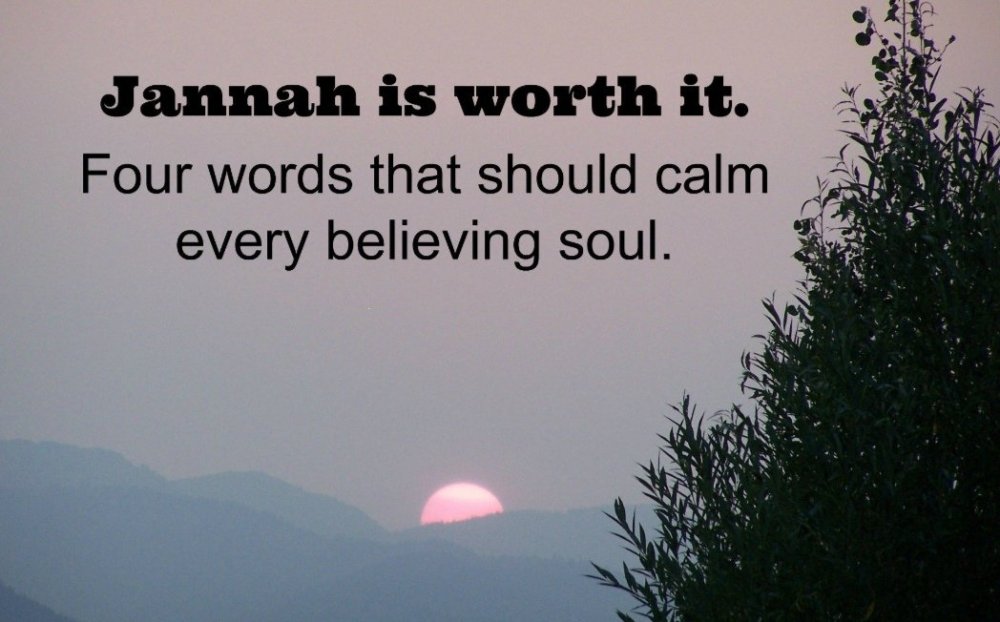 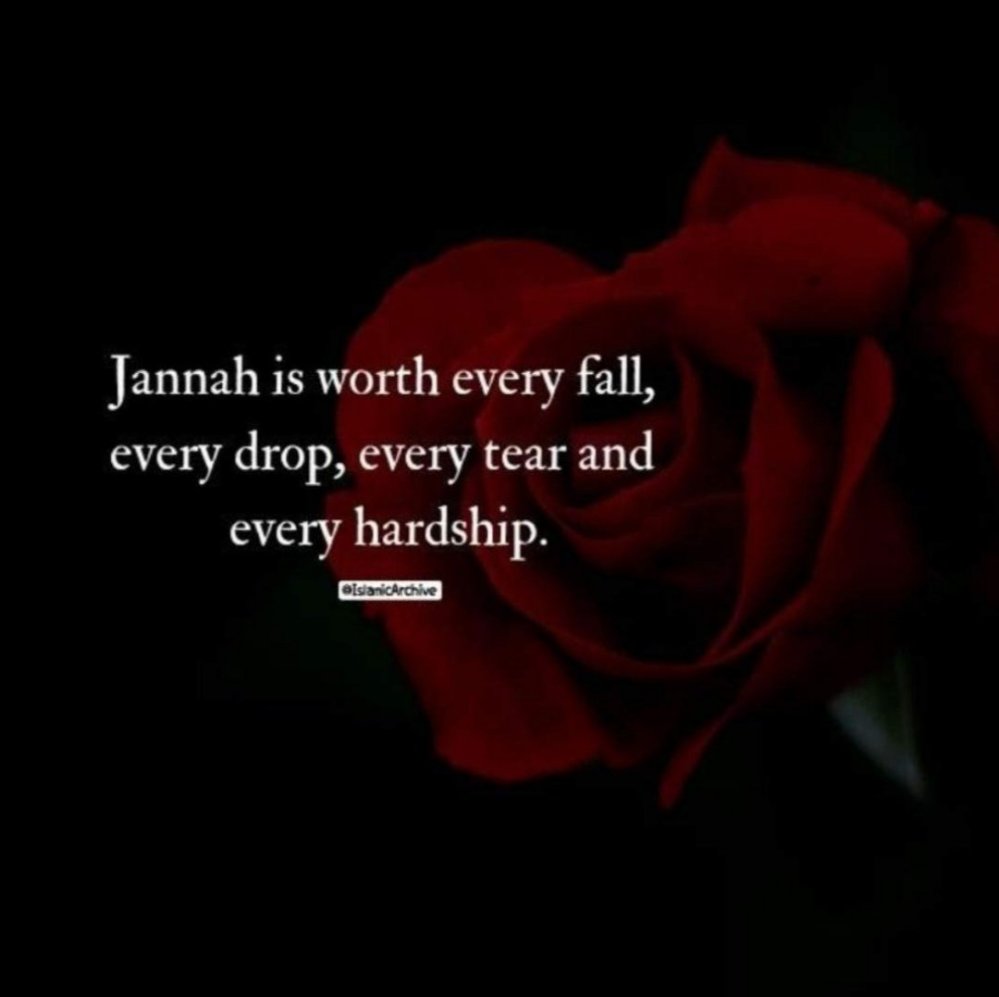 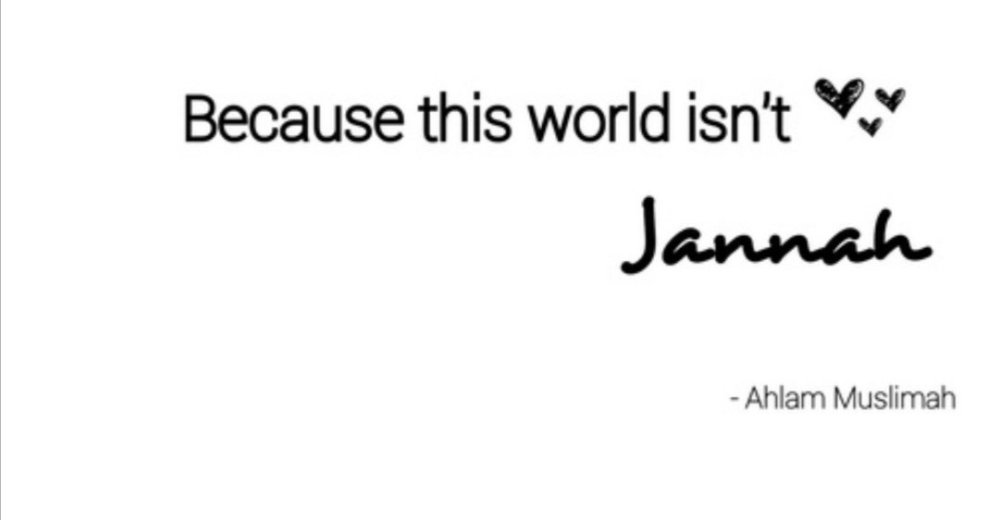 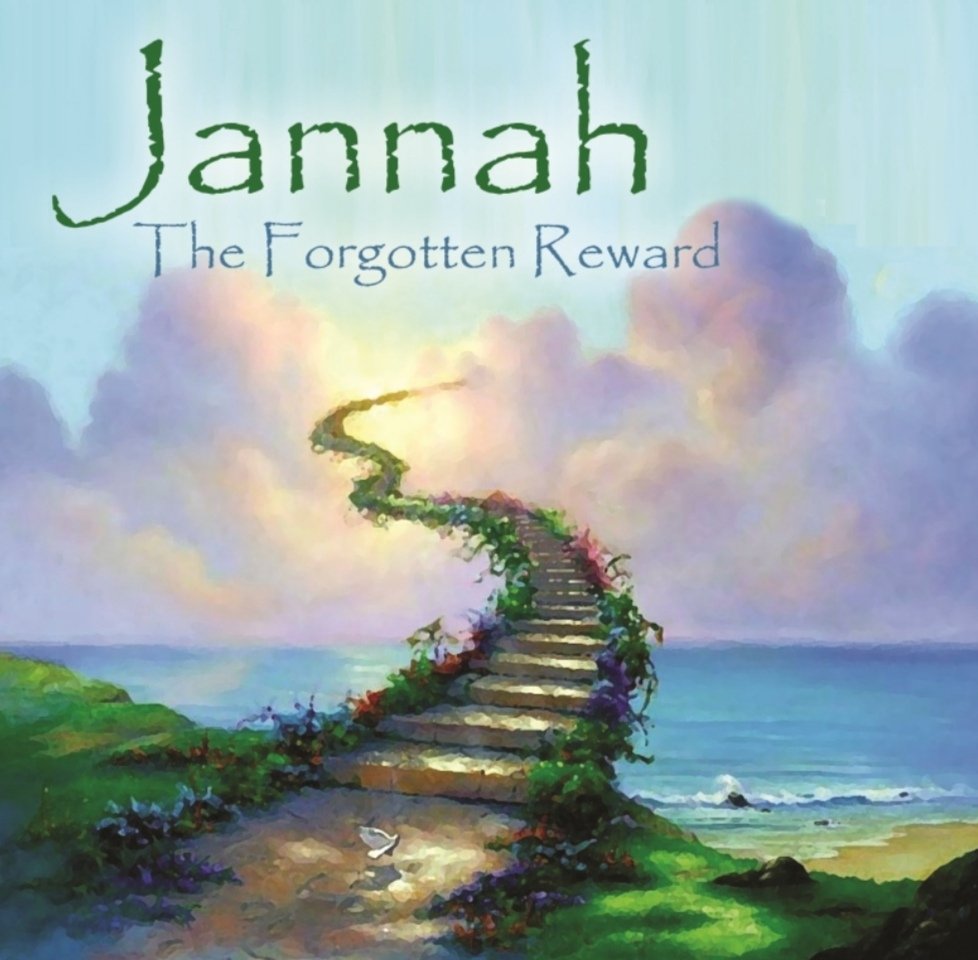