SILENCE ISN’T “SAFE”. SPEAKING UP IS.

No matter their position or speciality, most medical and nursing professionals have had some experience in hesitating with speaking up when they see a safety risk.

Even when the medical professional is fully aware of the potential hazard to the patient, staying silent can be seen as a “safe” option. In a large-scale study, 50% of nurses described situations where they should have spoken up, yet only 10% of the time did they voice their concerns.

What Is Speaking Up?

Speaking up is defined as “the raising of concerns by health care professionals for the benefit of patient safety and care quality upon recognising or becoming aware of the risky or deficient actions of others within health care teams in a hospital environment.”

Safety concerns that require speaking up about include:

Why Speaking Up Doesn’t Occur

If not speaking up can cause patient’s harm, then why do people stay silent? The answer is not quite straight-forward.

Whether an individual speaks up or not is influenced by a number of factors; personal (such as age or personality), organisational (such as position in hierarchy), and contextual (such as the organisation’s policies and safety culture).

It is suggested that the contextual factors are the primary motive for employees staying silent. In a qualitative study undertaken in the US, the top three reasons that employees didn’t speak up about their concerns or problems were out of fear of being viewed negatively, feeling as if they did not have enough experience or tenure to speak up, and considering their organization to have an intimidating hierarchical structure and/or an unsupportive climate.

How an organisation responds to their staff speaking up is also a factor. Some nurses feel that raising concerns is a high-risk, low-benefit action, as nurses who speak up may be viewed as someone who wasn’t a “team-player”, and staff members who commit unsafe actions don’t receive any consequences. 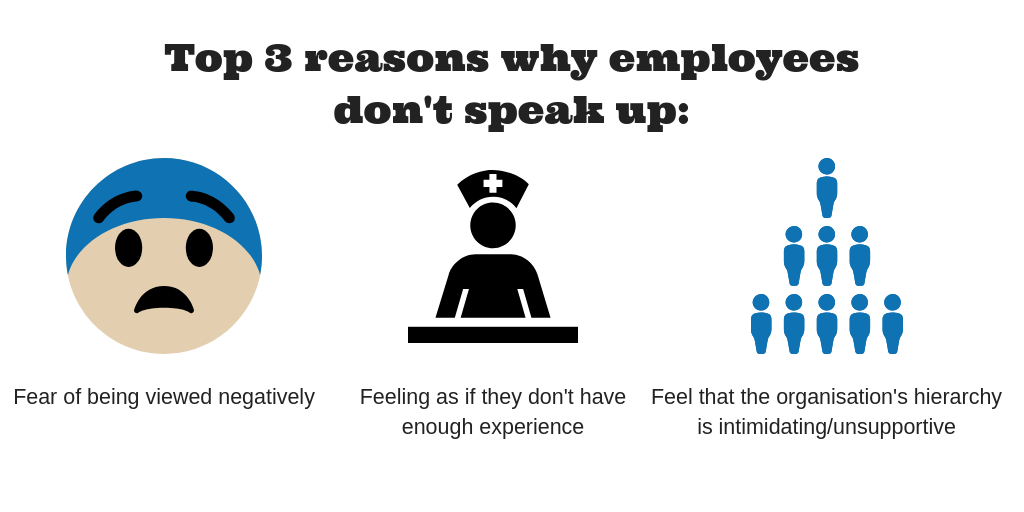 Why Speaking Up Is Critical to Patient Safety:

When medical professionals are speaking up about safety concerns, the hospital, clinic, or other healthcare institution are able to detect, correct, and prevent unsafe work practices and complications during patients’ stay.

Speaking up is essential to the safety climate of a healthcare organisation, which has been shown to be a crucial aspect for patient safety. Speaking up comes under advocacy for the patient, which is a moral obligation of nurses under The American Nurses Association (ANA) Code of Ethics.

Therefore, healthcare organisations are obligated to encourage a culture of safety that values staff input. To achieve this, the organisation should both encourage and empower speaking up in staff of all positions, and reinforce their commitment by responding to voiced concerns adequately.

Tolerating unsafe and disrespectful behaviours will make it impossible for healthcare organisations to cultivate the norms and values necessary to provide safe, and efficient care for the patient, and a joyful work environment for the staff. 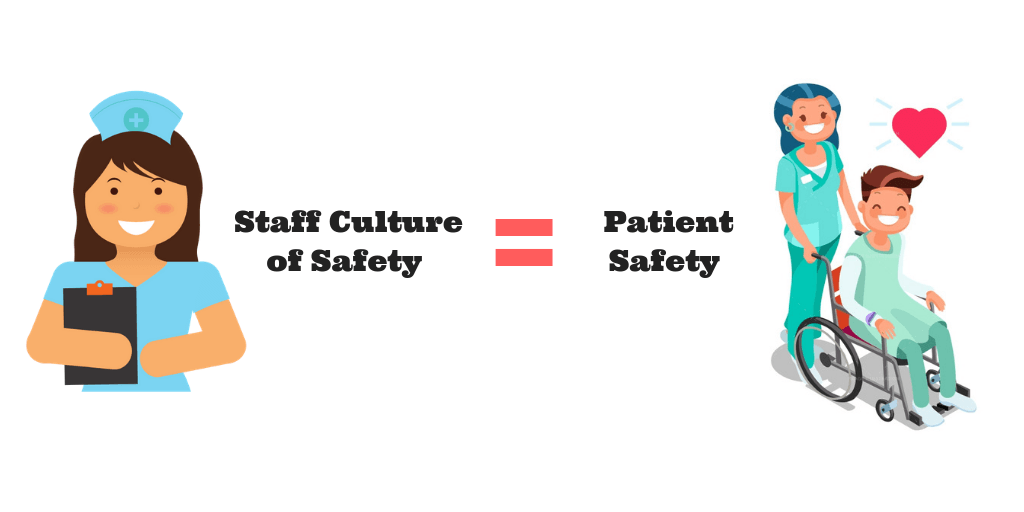 After finding that one of their physicians had engaged in serious misconduct, John Hopkins Medicine (JHM) sought to improve employee voice by commissing a team of evaluators from Cambridge University to review the attitudes of Senior leadership and front-line staff regarding speaking up.

The evaluators stated that “the first step, of course, is gaining knowledge of the problems. The second is doing something about them.”

During the interview phase in 2014, JHM were made aware of the barriers staff faced when speaking up. These were:

The result was a culture of fear where staff members felt there were negative responses to speaking up, and that nothing would be done about those who acted poorly.

JHM leaders implemented interventions from 2014-2016 to address the concerns of staff and encourage speaking up. This included sharing the interview findings with senior leadership, co-ordinating reporting systems, training leadership on how to handle difficult conversations, and ensuring that unacceptable behaviours had considerable consequences.

In addition, the “Safe at Hopkins” program was enforced to promote a culture of safety through prevention and early intervention in unprofessional and disruptive behaviours which was designed to provide psychological safety to those who were speaking up, and those who were reported.

The interventions had a positive impact on staff at John Hopkins. During the study period, employees made 382 individual reports of disruptive behaviour that led to 55 investigations, in which officials interviewed an entire clinical unit.

Arkansas Children Hospital realised that their staff was not practising Hand Hygiene to an acceptable level. In February 2012, members of the infection prevention program formed the hand hygiene improvement team. The final project goal was to improve hand hygiene compliance to ≥ 95% by July 2014, and to find the strategies that would best achieve this goal.

Following these steps, a “Speaking Up For Safety” program was implemented across the hospital. The program became the ultimate error prevention tool as it trained staff on how to speak up to those who weren’t complying with hand hygiene practices, and set up a chain of command for reporting if resistance was found. The staff were given a “script” for how to discuss hand hygiene with their colleagues; “ask, request, concern”.

If a staff member was concerned that someone was still refusing to comply, the local nursing director would speak with them personally.

Reporting events were documented and tracked on cards, which were also used as raffle tickets. Incentivising speaking up, and setting up consequences for non-compliance cultivated a culture within the hospital, and increased hand-hygiene compliance to a sustained 95%. 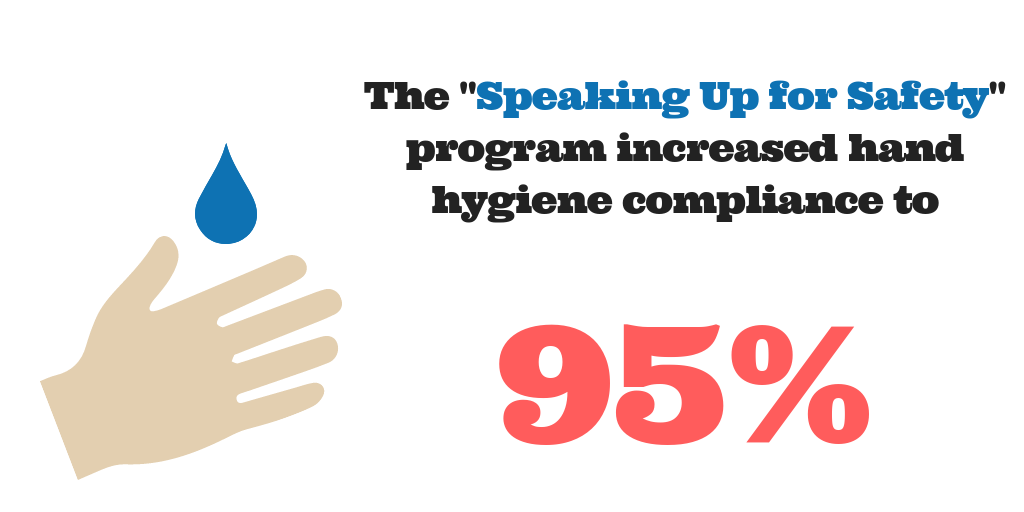 To encourage healthcare workers to speak up, leaders should start to cultivate a culture of safety and open communication. Some recommended ways to begin this are by: 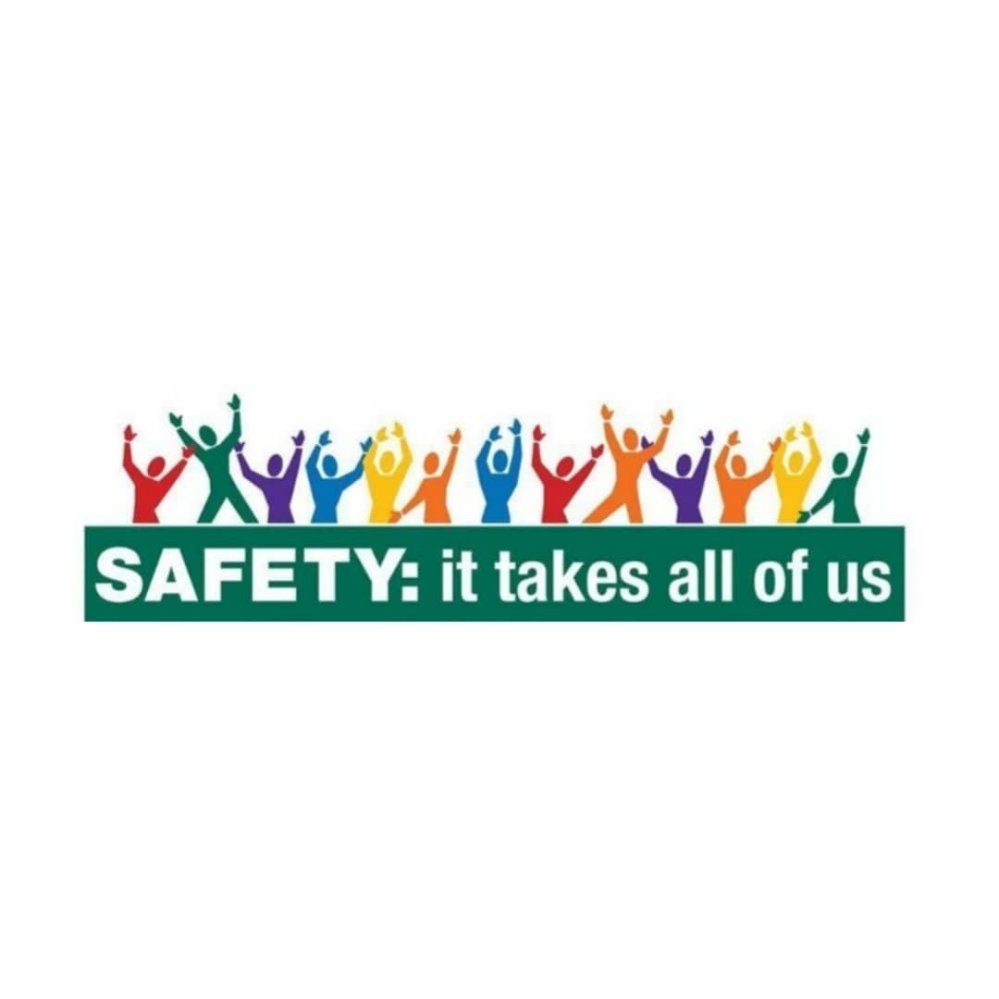