Dysautonomia awareness month has concluded, but for fighters, the struggle continues endlessly.

The future is not guaranteed, so instead of waiting for the next years awareness month to arrive, each day – at the present & in the now, I try to work on addressing more aspects. The Autonomic Nervous System is such an extensive topic, regardless of how much we speak.. The time seems to never be enough.

I’ve noticed that my jumbled bundle of cardiopulmonary issues seemed to have taken the largest space over the entire blog, & the various branches of Dysautonomia itself haven’t been addressed at great depth.

So since seeing we’re nearing the 2 year hallmark & 200th post.. By now, readers should be well acquainted with the basic facts, & it’ll be easier to delve into the knitty grittys.

We’re entering the “Chronicles of survival” series soon, so stay tuned for a deeper insight regarding diagnostic methods etc.

Today I want to refresh the aspect pertaining to “looks” which appears to have been forgotten..

Swimming Through The Waves commenced with the first chapter titled:

You cannot / do not see 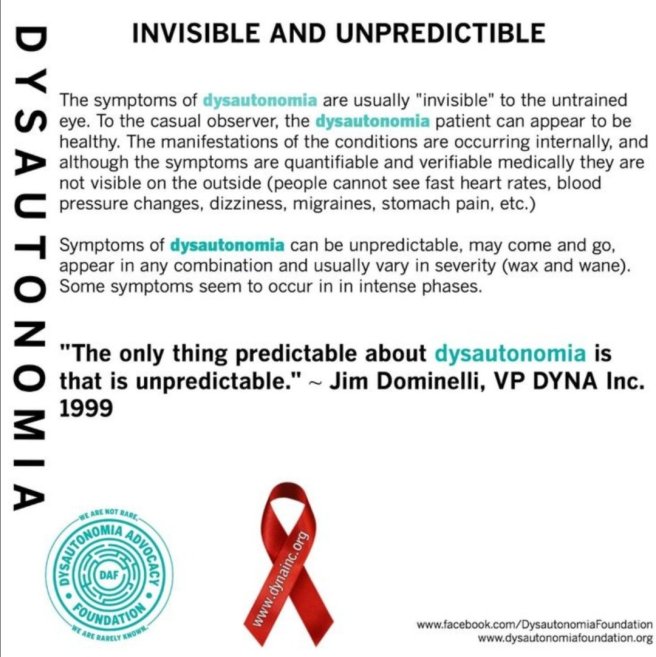 Recently a large number of messages were circulated: “Oh we heard you’re doing well” / “You look better than the last time…” & the list goes on.

Since when has looks begun to reflect the depths of an invisible illness…? I have no idea! Perhaps I’m missing a new development lol

I also have no clue who some of the statements / assumptions were made by, & on what basis. Lol, if my body would believe & implement it, that’ll be amazing 😆

So many messages have reached me that I’ve become quite annoyed at this misunderstanding. In order to get the load off my chest, hereunder are certain points to clarify:

– During the quiz period I didn’t fully explain, but alluded to how I’m feeling due to time constraints. The bulk load of work sat on my shoulders so other topics were set aside. Despite the toll it took on my hands to type a lot within a limited time frame, I thoroughly enjoyed every moment.

– Prior to the quiz, I published the chapter titled

Those who know me well enough, know my writing style & could read between the lines… 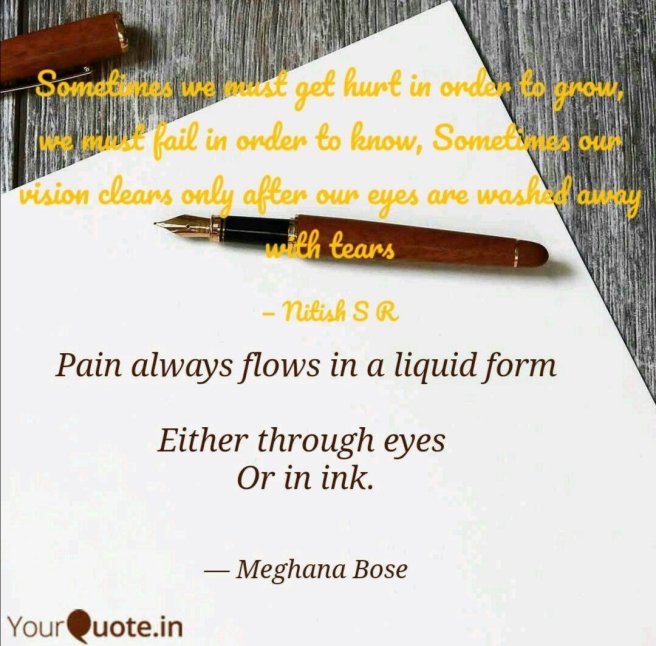 And sometimes a combination of both 👆

New cardiac symptoms cropped up the night before publishing “A letter conveying the light”, which in fact, prompted the composition of that particular chapter.

No one would simply gauge, because it’s been 4 years since I mastered the art of pretending everything’s ok. I don’t want anyone to worry so I don’t always say if something is happening. I deal with it in my own way. Most of the time through praying, writing, & disconnecting to make sense of it all.

If you’ve stayed with me, I’m certain you barely heard a word about illness or how I’m feeling… That’s because I try my best to withhold it from being the center of discussions. Although everything revolves around keeping myself stable & out of danger, I focus on all the many other countless blessings, & only speak about it to seek help if there’s a dire need.

But obviously there also comes a point where the whole pretence becomes too exhausting, so after a lengthy period, I retreat into a hiding hole to release the weight. Then I reappear once I feel stronger & ready to deal with the world again (Will elaborate more at another time God-willing) 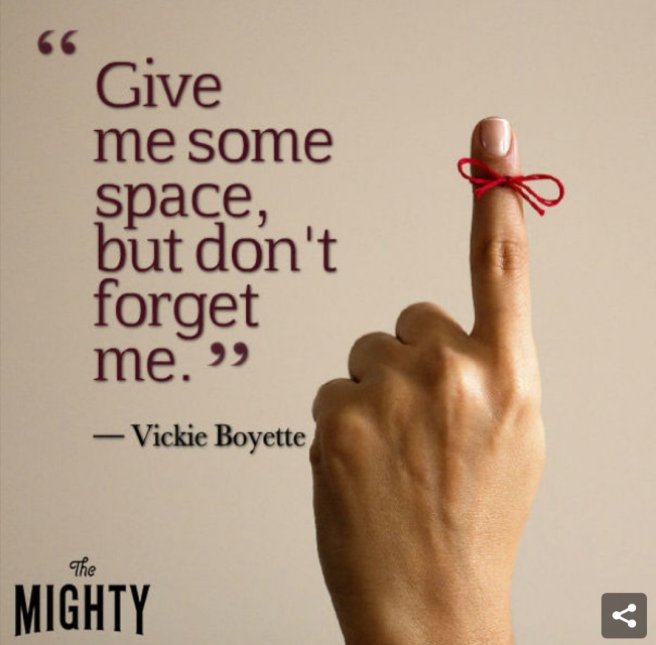 – You only see me when I’m ok enough to be seen.

– You don’t see the extreme exhaustion that results from a simple conversation, because my heart is pumping & thudding overtime to keep up its workload

– You don’t see my head internally exploding during a migraine

– You don’t see me, seeing stars whizzing around in black circles

– You don’t see me trying to be independent by making a cup of tea, but then suddenly being struck by pre-syncope symptoms triggered by the heat at the stove.

(I’ve had 2 syncopes this past week. In summer it always flares despite beginning my morning by hydrating with fluids first. I can be feeling totally fine now & fainting a couple of moments later)

– You don’t see me sleeping at night, then awakening with a fright gasping for air, because my pillow sloped down & the thick dark bloody filled fluid in my lungs obstructed air flow.

(Sometimes my parents aren’t aware because I bury the cough into a pillow so as not to break their sleep because the coughing fits are violent & awaken anyone in near proximity. If desperate for help, I ring the bell at my bedside. Many times I couldn’t ring, so they’ve sort of become on guard at the slightest sound or signal)

– You may see me eating a little, but you cannot see those few morsels first getting stuck on the top of my esophagus – causing early satiety, nausea & cramps before finally settling down…

– You may see me talking / walking normal now, but you’re not there to witness me a while later; foggy, dizzy, struggling to breathe / experiencing an angina attack

– If you’ve seen me during the 8 week severe lung infection I had in July & August.. Where my breathing stopped multiple times & I felt like a fish out of water, then I’m definitely going to be “looking” better now since the infection has cleared Alhamdulillah! Loll, my sister says I looked like a withered beggar who lived on the streets during that period.

– If you’ve seen me one year ago, unable to talk much or speaking more in whispers.. There is a drastic improvement in terms of lung function. I’ve become less dependent on the bipap machine – provided I don’t ignore my exertion limit..

Alhamdulillah, this is due to everyone’s sincere prayers, coupled with commitment to Pulmonary Rehabilitation & muscle training so my quality of life can improve.

Alhamdulillah my breathlessness is more manageable & controlled. I am extremely grateful for being able to exert more, although not without payback, & definitely not free from watching out for hazardous signs.

As much as Im chasing remaining capabilities & new opportunities, I’ve got to keep my limits in mind because 99% of the time it results in an emergency, if surpassed.

Healing for everyone is different. Attainable for some according to certain extents, depending on the underlying cause of Dysautonomia & mode of treatment adopted. Keep in mind, our symptoms are being managed. Not yet, “cured”. Although I’m a firm believer in miracle cures.

“Do you not know, verily the Almighty has power over everything?”

“Do you not know verily the Almighty has dominance over the skies and earth?”

The benefits pertaining to Pulmonary Rehabilitation / Physiotherapy have been explained in the series titled: Breathe your best.

(Professional liar in the “how are u” regard lol)

But excessive writing denotes the same. I’m either trying to release an overload of emotional pain, or seeking distraction from physical pain, or craving to write to my hearts content.

Its not fair to assume. Wellness cannot be based on the context of an onlooker.

I’m elaborating on the above, not for pity. But for people to understand matters from their loved ones point of view.

In spite of all the challenges which are back breaking from time to time, I am grateful for the entire process of growth it provides. Pain molds you into a stronger, wiser & kinder person. Life threatening illnesses have taught me the meaning of life, & that life by itself is cherishable wealth.

Health doesn’t have to be the greatest wealth.

We need to redefine our outlook at the term wealth.

Real wealth is attributed to contentment of heart.

Prophet Muhammad (Peace & salutations be upon him) stated:
“Wealth is not in having many possessions. Rather, true wealth is the richness of the soul.”

Wealth is the spirit which keeps you going & moving along daily with the flow of the tide, in spite of the direction it throws you in.

I lost the chat history with my amazing calligraphy teacher, when she once sent a beautiful quotation of her own (something along the lines of):

Personally I also feel “richness” is being given an ability to assist the down trodden & work with balance towards the upliftment of a “dysregarded” community.

Dys is a serious

During the course of our quiz, a member of the Dysautonomia support group commented by saying…

“For being someone living WITH Dysautonomia, I’m shocked to note I haven’t been able to answer one challenge because I’m so lost, & very much in the dark as to how everything fits and what exactly Dysautonomia entails…”

On the other side, we’re dealing with moms trying to keep alive the spirit of their teenage kids, because they’re struggling so much, & unable to receive professional help, leading to a verge of suicide.

Dys is an undermined battle. Throughout October I’ve realised that awareness needs to be spread, until our dying breath.

List each organ & then the bunch of symptoms resulting from malfunction of one. Now combine them together… Vision yourself combating all the above, while fighting to study / mantain an income to meet your basic needs + medical bills.. And to still be told you’re a hypochondriac etc etc…

Some cases are very complicated and twisted, so we’ve got to figure out our individual bodily needs & how to adopt a method that works where there’s conflict..

When Dysautonomia causes one condition that requires a particular type of treatment management, but it also causes another condition which requires the opposite treatment.

How do you reconcile between the 2 forms of conflicting treatment?!

For instance, sitting upright is classified as an orthostatic posture which exacerbates symptoms. But with Pulmonary Edema I cannot breathe when laying down flat for long periods. Basically there’s no option besides bearing the brunt of increased symptoms sleeping in a recumbent posture.

Isotonic Hypovolemia – depleted / low fluid volume is a major problem with Dysautonomia. It’s managed by increasing fluid intake & salt. In most cases fluids are supplemented intravenously because our gastrointestinal tracts struggle to cope with basic fluids, let alone such a high amount / recommendation. Many have to run daily fluids at home via a port. But rare cases of people like myself with lung retention, or Aaliya who’s at risk of retaining fluid around her heart. We’re both under fluid restrictions.

Theses are all fine, pertinent points our community needs to be educated about…

As will be seen…. 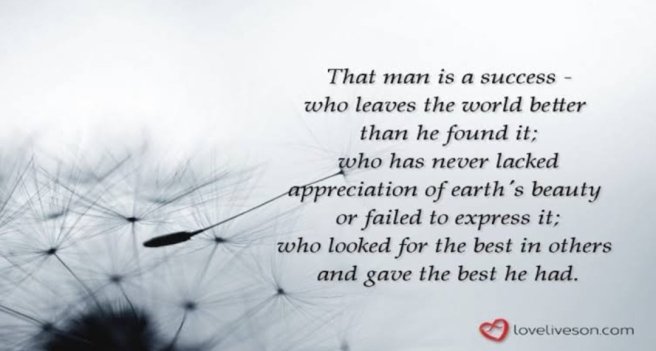 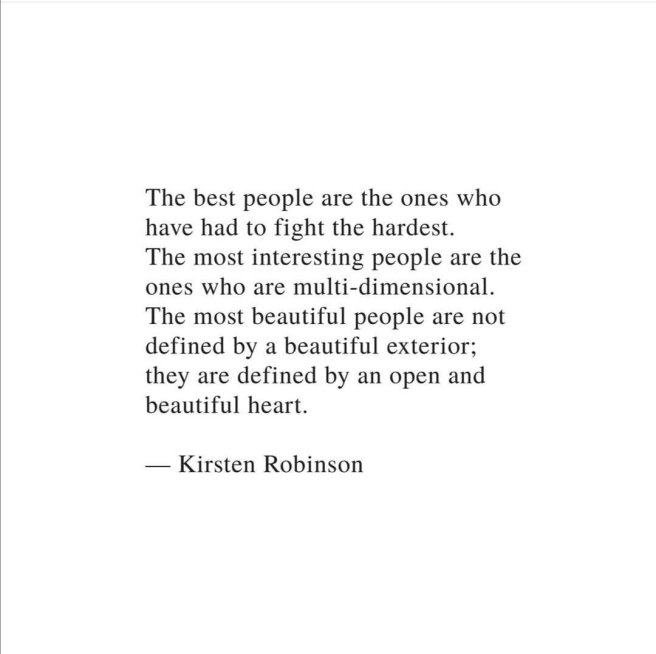 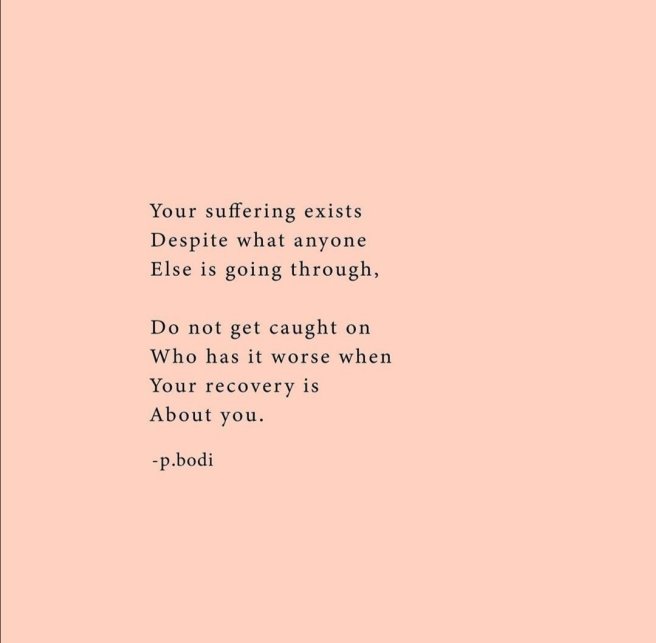