(Note: I am not posting this due to the global pandemic, but because the end points are long overdue and also appropriate for our current circumstances)

Being the midst of winter, those nights were long, dreary, and sleep had become bygone. I’d let the fatigue swallow me in, only to be jolted awake in a state of fright due to my breathing being stopped every +- 20 minutes.

Like a fish out of water, gasping for air, I’d cough and choke on the mucous getting stuck mid-way in the various lung lobes, trachea, and throat. Coughing ontop of a cardiac cough causes a greater strain on the heart. Vasodilator emergency meds had to be administered numerous times because the coughing fits triggered angina attacks.

My body craved sleep but dozing off deeply to then awaken in such a manner made sleep a haunting idea. The only reprieve was an interrupted period of rest for a maximum duration of 2 hours + 30 minutes or 3 hours in the latter part of the morning from around 8am onwards.

The nights were a repetitive vicious cycle between crackling coughs and vomiting liquids. My body resisted food and the battle to breathe had taken another level of intensiveness this time.

It all began after I came into close proximity with a niece who had bronchitis. In spite of wearing a mask, maintaining distance, not making physical contact, sanitizing the room, and disinfecting it after she left. One cough emitted took me into a war zone that tugged out every ounce of strength and patience.

(Not doing any sort of blaming game here, the point is to highlight the precaution we’ve got to adopt on a daily basis)

The repercussions of one cough where the effect was undermined (by myself), caused further long-term / life-long adverse changes. My lungs have never been the same since the night I was siezed by a potentially lethal respiratory infection.

To digress at this point; as you read onwards, it should be clear as to why the precautionary measures we (the vulnerable) adopt, seem to be ‘extreme’ in the sight of a healthy individual.

Microbes or viruses don’t “just cause a simple flu” when a person’s immune defence cannot ward off foreign invaders, and has in actual fact turned against you by attacking your organs confusing it to be an enemy.

Infectious diseases are complicated for people who have chronic illnesses.

If someone hasn’t experienced a lung infection ontop of a chronic respiratory condition, they will never understand the cautiousness we have to maintain, more so the additional difficulty involved when an infection sets in.

A famous quotation by one of the Feet Apart (Cystic Fibrosis) nurses:

“Catches an infection and you can kiss those lungs goodbye”

If it was “just a bacterial infection”, my breathing wouldn’t have stopped during the first 2 of numerous other cyanosis episodes. Nor would the breathlessness overpower each step and shut down the airways.

According to a medic, the intensity of symptoms appeared to be a viral type.

The mucous made a loud gurgling / rumbling sound inside particular segments, then obstructed the upper airways as it tried to come out. I needed someone at my side throughout the day and night to hit my back with force so it could be expelled successfully. 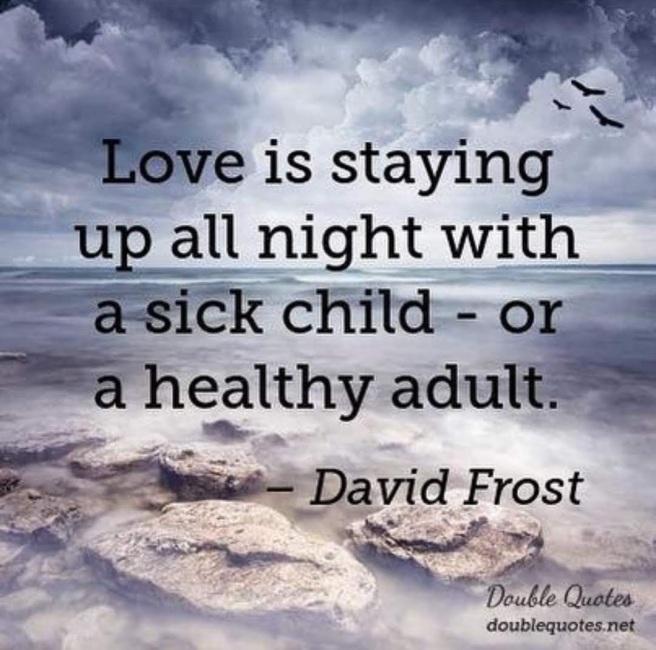 In the interim my ribcage started paining and a Dr later explained that certain ribs had slipped out of place from the continuous force of coughing and intermittent retching.

A condition called Slipping Rib Syndrome that arises due to a number of factors like hypermobility. One among them being bronchitis.

With each passing night, the symptoms intensified…

One morning we eventually called a Dr; for her to come in and state: “she looks fine and good to me, no biggie”

Onto 5 years of being chronically ill and until this day I haven’t solved the mystery on how to actually pull on a sick look. If someone has tips, please share them this way 😆

I tried to explain the breathing difficulty and inquired if there’s anything else to relieve being awakened with shock, gasping for air every short while, but received no answer and a dismissal in return.

Another then advised me to sip on Rehidrat slowly and see how well it stays down.

He said if the mucous is green I should take antibiotics. Antibiotics should also be taken along with a probiotic. I generally take molkosan because liquid probiotics are the live, real cultures, and good bacteria.

But the mucous was green, pink, and included thick red streaks. So I wasn’t sure how to differentiate the colors and whether it was a viral or bacterial infection.

A medic then provided the following insight: 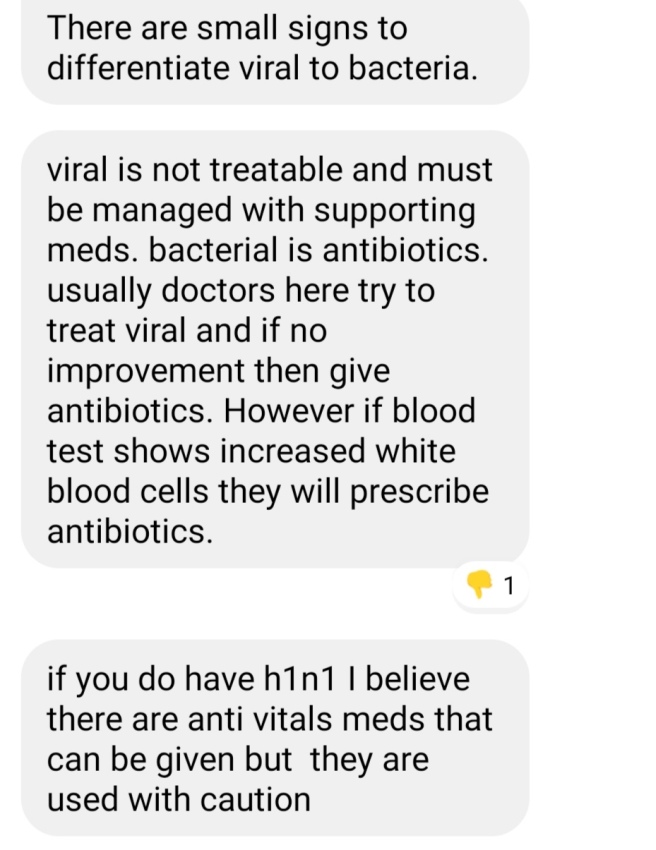 The breathlessness worsened when trying to use an airway pressure machine for relief.

“I don’t know why Apap aggravates the mucous in the airways. Confused regarding the whole situation and will appreciate being enlightened” 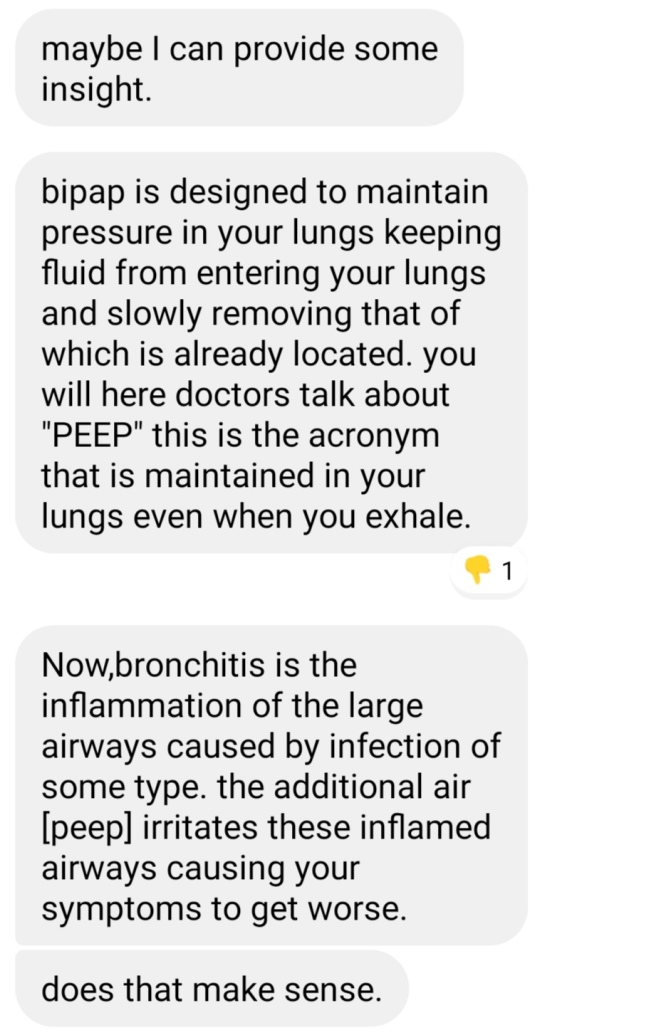 Finally after consulting with a professional from the handful who’s care I am under, the infection was diagnosed as a definite case of acute bronchitis with a touch of pneumonia.

Lots of remedies and medication assisted in releasing the mucous, but simultaneously caused frightening episodes where I’d loose total air and a strident screeching sound emitted as I tried my best to stay calm and breathe, but instead failed and stared at the threat of death while gripping tightly onto a familys members hand for support. Panic stricken, mom yelled for assistance.

Without oxygen my saturation levels dropped and stayed below 89. Oxygen supported the respiratory process. The flow was increased, but breathing remained hard.

Eventually out of desperation we called my pharmacist to see if he’s available since it was the holiday period. He then listed a number of things to do; one among them being a mucolyptic med that loosens the mucous stuck on the walls of the airways.

Vitamin C and whatever other remedies mom pumped into my system, kept the temperature stable and prevented the fever from increasing.

(To read about the survival kit that includes every recommendation and remedy we tried, check the highlight section on my Instagram account saved for reference at anytime 👇)

Amidst the chaos one weekend, a sister came to see me from the doorway while maintaining physical distance. She says she thought her kids chests were bad until she saw me going into coughing bouts and gasping for air, she became frantic and yelled for mom because she was so shocked and couldn’t think how to help.

“You look withered and finished like a scarecrow. Someone who’s homeless, living on the streets and hasn’t eaten for weeks”

– She states with deep concern.

Reading or hearing sometimes cannot enable people to comprehend the depths of a struggle. But seeing the suffering is believing.

What they have to undergo..

By the fourth week, swallowing became an issue because my throat was inflamed, raw, and cut open from coughing and vomiting continously.

(An image to illustrate a sore throat at the time)

I don’t usually complain or plead for a situation to end but this time my patience frayed completely.

“I feel awful 😭 when will all this be over. How many more hours, let alone days and nights can I take out like this” 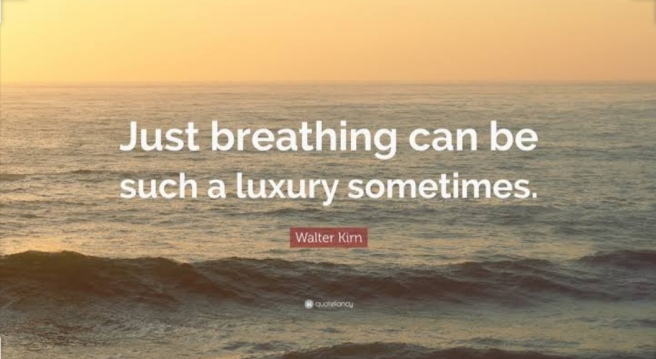 Unbeknownst to us, a beautiful surprise awaited the next day..

Much to my delight, magic and ease was less than 24 hours away..